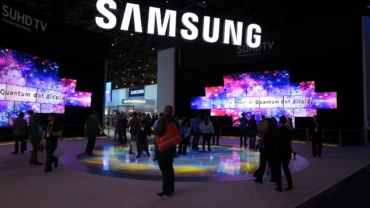 Bitmain, the world largest developer of chips used for cryptocurrency mining should be a worried lot. Media reports indicate that tech giant Samsung is increasingly expanding its operations into the first emerging space, as it looks to gain a significant share of the ASIC market.

Samsung is reportedly producing ASIC chips for mining hardware manufacturer, Halong Mining, a move that further expands its chip development business.  Reports indicate that the hardware giant began producing the cryptocurrency mining chips sometime last year, some of which it has already supplied to an unnamed company based in China.

There is not much information about Halong or the amount of order that the company might have made for ASIC chips from Samsung. However, its first miner, Dragonmint T1 has already started to ship to customers.

It has also emerged that Bitcoin Core Developer, BTCDrak has some working relations with the Halong Mining. Dragonmint T1 is one of the most efficient miners in the market, surpassing even Antminer S9 owned by Bitmain, when to come to performance.

Application Specific Integrated chips are used to mine cryptocurrencies by leveraging computer power to solve a series of complex math puzzles.   Since the chips are built for one specific purpose, they tend to be faster and more efficient than anything else. Samsung began manufacturing ASIC chips in partnership with Taiwan based manufacturer TSMC, which currently supplies chips to Bitmain.

Samsung’s push to mass produce cryptocurrency mining chips, poses serious competition to Bitmain, which claims to supply 70% of the world’s bitcoin ASICs.  The South Korean hardware giant operates one of the world’s largest semiconductor plants in the world that Bitmain could find it hard to compete against.

The tech giant has already admitted that production of ASIC chips could help boost its earnings this year an indication that it could ramp up operations in a bid gain a substantial amount of market share. Chip products accounted for more than 60% of Samsung’s operating revenue last year. ‘

First quarter earnings are expected to rise as a result of growing demand for cryptocurrency mining chips. However, the chips are not expected to account for a big chunk of Samsung’s overall revenue