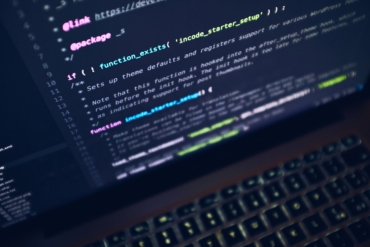 ServerCube has set out to harness blockchain technology in a bid to make a name for itself in cloud computing. The New York City based company has embarked on an ambitious project. It seeks to come up with a decentralized data center that will operate as a cloud computing system.

Most computing power is concentrated in large data centers controlled by some of the most prominent tech giants. ServerCube intends to disrupt the status quo. It plans to gain computational power through a swarm network of residential and small office based ServerCube devices.

The New York based startup is currently developing a unique approach that involves the creation of small but powerful microcomputers that private homes can host, along with businesses and even schools.

The ServerCube devices only require internet and electrical access to facilitate the mining of cryptocurrencies such as Ethereum (ETH). Given that the SC Device is simple to operate, the company behind it believes it has the potential to be a disruptive player in blockchain computing and also the cryptocurrency mining space.

“Our initial focus of the ServerCube platform is to build scale and profitability using cryptocurrency mining. But with approximately 1,500 installed ServerCube Devices running, the aggregated computing capacity will be in the same class as the Titan supercomputer. This will allow us to offer Blockchain as a service (BaaS) for all other classes of applications and customers,” said CEO Sunil G Singh.

The company will beproviding a private coin sale in the platform’s native SC Coin cryptocurrency. Additionally, funds from the offering are to be used to fund the development of the project even as the company prepares for a public ICO later in the year.

Three will be an issuance of 20 million coins during the private offering through May 31, 2018. Private investors will be able to purchase the first 2,000 coins at a price of $0.80 a coin. Furthermore, the rate will increase over time to a possible maximum of $1.60 a coin.

To participate in the private offering, one must be willing to spend at least $5,000 as the company eyes a minimum of $1.5 million from the offering. The maximum target from the private sale has a cap of $5 million. Also, investors will be able to purchase the native ServerCube coin using BTC, BCH, ETH or LTC

The masterminds behind ServerCube include Sunil G. Singh, a graduate of Rensselaer Polytechnic Institute. He is the startup’s CEO. Other Executive includes Jesse Brown who is the Blockchain Architect Advisor and Kelly O’Brien.