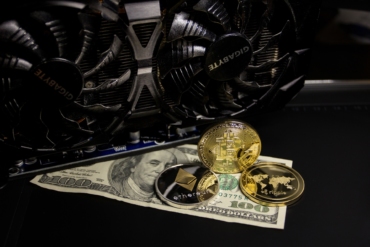 South Korea announced recently that it will make it more difficult for cryptocurrency miners to import mining chips from other countries. Based on the paper published recently by Korean Customs Service (KCS), the crypto mining chips are categorized among the list of items that must meet minimum legal requirements for importation including tough measures on safety and sanitation qualifications.

In addition, the imported crypto mining chips will also have to conform to the radio frequency standards enforced by the National Radio Research Agency (NRRA). South Korea has struggled, but are trying to limit the cryptocurrency activities within their territory by tightening restrictions on the industry. For instance, the country recently issued a ban on all the anonymous crypto exchanges and the authorities have since been involved in intensive, high profile crackdowns.

The new measures will require the miners to comply with additional regulations due to the huge energy consumption that the crypto mining chips, and the risk of fire that comes with the overheating hardware cases.

Digital currency has become popular in South Korea, and the growing demand for the imported mining chips has raised concerns over the risks associated with the byproducts. According to CoinDesk, the South Korean police last month arrested several people directly involved in an illegal Bitcoin (BTC) mining operation in Gwangju. The individual had connected to the cheap electricity supplied by the industrial entities. The fear was that this could cause a major fire to outbreak.

According to the regulator, the crypto mining chips will have to meet all the standards imposed on other types of the restricted products. The move comes after  South Korean customs officials received continuous reports on the increasing number of crypto mining chips being imported into the country to meet the high demand from miners. For instance, in the last quarter of 2017, there was in excess of roughly 454 chips imported into the country.

The illegal crypto mining activities are fueled by the increasing competition among the miners as each of them tries to send multiple hashes to hit the right one to earn the crypto token. As a result, more mining hardware is required to meet the increasing number of orders. In addition, most miners team up to create a network of mining pools so as to utilize the computer power to earn returns from the limited supply of power.