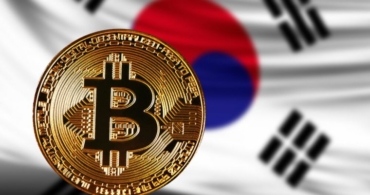 Police investigations in South Korea have been investigating the attack on the Yobit cryptocurrency exchange and they suspect that North Korean hackers might have been involved.

The South Korean kicked off the investigation in partnership with the Korea Internet & Security Agency, a cybersecurity agency that is backed by the country’s government.  Yobit has been the target of cryptocurrency theft multiple times now. Reports in December 2017 claimed that the company lost roughly 17 percent of the funds held by its users after a malicious hack and prior to that there was another report in April of the same year in which the hackers made away with $4,000 bitcoins. However, that time it was registered under a different name and that hack caused its parent company called Yapian to ground all trading activities and it also filed for bankruptcy.

Sources familiar with the matter claim that the newly launched probe is investigating whether North Korea was involved in the recent hack. The sources also claim that the investigations could stretch for weeks but that there is already some evidence pointing towards North Korea’s involvement.

The Korea Internet & Security Agency and Police investigators from South Korea claim that they have not yet determined the scope of the investigation. However, if they were to confirm that North Korea was involved, then that means the case would not be isolated. North Korea has denied any involvement but in cryptocurrency hacks although it has motive and it already has about 7,000 hackers located in different parts of the world. The country has lost its economic ties with other countries and is believed to be using hackers to target cryptocurrencies as their source of funding.

North Korea is believed to be investing heavily in its nuclear weapons program and this means it has been burning cash quickly, thus its need for alternative sources of revenue. It is thus believed to be taking extreme measures such as hacking in order to fund its schemes. Troy Stangarone, one of the executives at the Korea Economic Institute which is based in Washington stated that North Korea is on top of the suspects’ list because it is looking for alternative ways to gain back the money that it lost through sanctions.

Cryptocurrency hackers are currently the biggest threats to crypto exchanges. In fact, numerous exchanges have fallen victim and this has also led to the implementation of strict regulation by regulatory authorities in many countries.