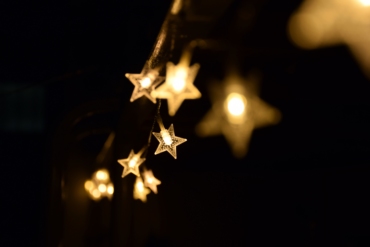 Recently, the cryptocurrency Stellar (XLM) gained a lot of attention and popularity. XLM’s objective is to enable the connection between payment systems, people, and banks in a more efficient manner. They are also aiming at making the payment processes easier and faster. Moreover, it has a protocol precisely designed for making international payments not only faster, but also far more efficient. Further still, Stellar allows others to issue tokens through ICOs, DEXs, and it also hosts DApps. So far, Stellar’s cryptocurrency, XLM, managed to attract quite a number of advisers, investors, as well as board members which include some big players. Along with the implementation of stable coins, Stellar’s future seems bright indeed.

Stellar has over the years become close with IBM and is making a lot of progress on quite a number of mutually-shared initiatives. Since their partnership, the collaboration has demonstrated extreme value for both parties. IBM had been using Stellar for their firm’s blockchain solutions in the real-world environment. The partnership has actually led to a lot of improvement in cross-border payments.

IBM has also introduced Verde, a personal token they are planning to create. This probably means that the firm will use XLM as a primary bridge asset in UPS, their linked venture. In return, Stellar gets 8 validating nodes and their tech used for their own clients.

Stable coins emerged as a concept of pointing out the huge problem of high cryptocurrency – volatility. This issue can be alleviated drastically by tying the coins to liabilities in the real world, just like fiat currency. Since then, a good number of stable coins have emerged with the best-known being Tether which is tied to the US dollar. However, reports have it now that there is another stable coin – US Anchor – operating through Stellar’s network. A startup under the name Stronghold launched US Anchor this year. It is apparently backed completely by the US dollar and will use the funds held by a firm under the name Prime Trust.

If Tether or US Anchor are successfully implemented on Stellar’s network, the Central Bank Digitally Issued Currency (CBDC) will likely join soon. This would definitely bring Stellar to new heights of success. However, there is a question of decentralization which the banks would have a problem with.

Coinbase has been, and still is, every cryptocurrency’s dream. Without a doubt, lots of coins would give an arm and a leg to find themselves on their list. This leaves Coinbase in an advantageous position of being very picky as to which cryptocurrency will get into their coveted club, especially given the many regulative uncertainties.