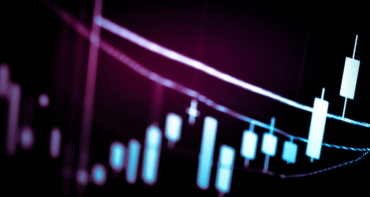 Stellar’s XLM currency price jumped to the topmost levels in the last six weeks sending the market cap to a remarkable $5.9 billion. The recent surge in the cryptocurrency market that also fuelled the rise in the prices of other currencies including Bitcoin, Verge, Ripple, Ethereum, Monero and more. These rises could be recognized for this sudden spike in XLM prices. However, trade analysts believe that the recent developments, including backing a cannabis ICO and the BayPay forum event, have triggered this surge.

Nezly To Launch Its Token Raise On Stellar’s Network

A couple of days ago the XLM currency of Stellar reached as high as $ 0.32 and gained around 12% in just 24 hours. It seems that the eighth-largest cryptocurrency in the world has somehow received the benefit of the positive speculation generated after it announced backing a cannabis ICO. As announced earlier, Nezly, a Canadian cannabis company, will be launching its token raise with the backing of Stellar’s XLM currency following a six week pre-sale. Nezly wants to utilize the 16th most traded cryptocurrency for adding speed, crypto security and robust intelligence to its platform.

Nezly, whose token raise only accepts Ethereum, Bitcoin and the U.S. dollar for payment, has around 120 million tokens available with a hard cap of $36.5 million. There are many companies who believe that Stellar can provide good competition to Ethereum when it comes to dominating the ICO arena. The first ICO to launch its token on Stellar’s network was Smartlands. In November of last year, Smartlands raised around $1.75 million USD.

Stellar’s decentralized exchange service, directly on their platform, has attracted many ICO’s to the cryptocurrency.

Another reason for the rise in the price of Stellar’s XLM could possibly be its predicted association with BayPay. On 12th April, Stellar announced that its co-founder, Jed McCaleb, will discuss the next direction for the company live at the BayPay forum. And it seems to be one of the prime reasons why the market for Stellar has suddenly shown a positive trend. BayPay is known for introducing innovations in financial technologies and there is a chance that McCaleb might announce something very big for Stellar at the forum. There is also a possibility that McCaleb might even announce news about the upcoming partnership.

All in all, the developments are certainly positive for Stellar’s investors who are sure to get good returns on their investment in XLM.