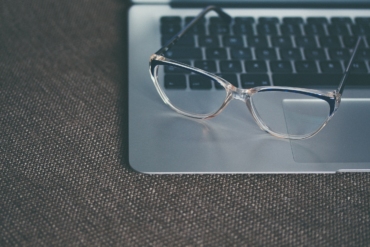 As the crypto waves sweep across the global financial services industry, it is creating tons of jobs for people. Bitcoin (BTC) in particular has created overnight millionaires who became stinking rich by investing in the new asset class. Consequently, all over the world, the interests in crypto-asset investment is on the increase. Now, a recent survey seeks to find out how Americans are embracing digital coins.

In June, analytics firm Harris Insight and crypto app Gem teamed up to conduct a cryptocurrency adoption study. According to the study, which sampled the opinions of 2,000 adults, there are interesting findings. About 8% of Americans interviewed invest in virtual currencies, such as Bitcoin (BTC), Ethereum (ETH), and Litecoin (LTE). In comparison with a 2016 Gallup poll, 52% of Americans have investments in traditional asset class, such as stock.

Also, it reveals that about 41% of them have total disinterest in investing in digital currency and its ilk. The survey is coming at a time when the value of the foremost crypto, BTC, has run aground. Indeed, market analysis shows that it crashed from the all-time high of nearly $20,000 in December, 2017. Today, the coin sells just over $6,000 with many enthusiasts making a U-turn to call for regulation of the market. Furthermore, those who earn more than $100,000 annually are likely to take the crypto plunge again than those who don’t.

U.S. Regulators Are Upping Their Game

U.S. financial watchdogs seem committed to shield investors in the new asset class from making costly mistakes. To this end, they are upping their regulatory scrutiny, deciding which coins should be subjected to onerous securities rules. Much as these efforts have resulted in curbing the ICO frauds, the system still wallows in a state of uncertainty.

Based on the research, 6% of Americans who earn over $100,000 annually own some digital currencies. Also in comparison, 11% of the people who earn between $50,000 and $75,000 also own a virtual currency. Roughly 7% of those who earn less than $50,000 claim that they have cryptocurrencies which add to their annually earnings.

Well, founder and CEO of Gem, Micah Winkelspecht, has something interesting to say about the study. He says that youths with less annual income are more willing to invest in cryptocurrency. This confirms the belief that less wealthy investors jump on the crypto bandwagon as they want to get rich quick.