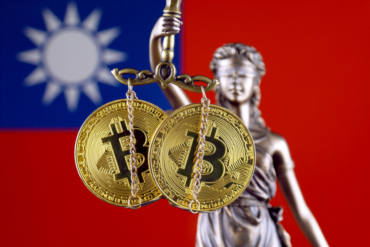 Taiwan is ramping up regulation on cryptocurrency related activities even as it maintains an open arms approach, to the emerging marketplace. The country’s central bank has proposed a new set of measures that would regulate cryptocurrencies under anti-money laundering regulations.

According to the Central Bank Governor Yang Chin-Long, regulating cryptocurrencies under anti-money laundering rules should go a long way in protecting investors. An increase in the number of fraudulent activities involving cryptocurrencies has made it inevitable for regulators to sit and watch how things unravel.

Taiwan Central Bank has increased monitoring activities as it seeks to ensure everything runs smoothly in the crypto space. The regulator is also planning to issue warnings to investors as a way of making sure they understand the risks associated with cryptocurrency transactions.

The finance minister, Sheu Yu-jer has indicated plans to categorize cryptocurrencies as virtual commodities, a move that would allow them to tax the sector.  The agency is reportedly studying and analyzing relevant taxation rules as it looks to generate some revenues from the burgeoning marketplace.

Regulation could make Taiwan the next hub for cryptocurrency related activities, following on the footsteps of South Korea and Japan. The tiny nation is planning to nurture the industry rather than impose restrictions that will cripple its growth

The ministry has already met with domestic cryptocurrency exchanges as it looks to understand the measures they have put in place to regulate activities in the sector. BitoEX and MaiCoin have already instituted AML and know-your-customer processes as part of their regulation processes

Taiwan push to regulate cryptocurrency, however, threatens to put it at a crossroad with mainland China.  Unlike Taiwan, China has banned all cryptocurrency related activities as well an Initial Coin Offerings.

Taiwan is not the only country that has upped efforts to regulate the volatile sector South Korea which accounts for a huge amount of cryptocurrencies trading volume has already prohibited banks from providing virtual, anonymous accounts for cryptocurrency exchange users.

Malaysia on its part has unveiled an anti-money laundering policy that requires financial institutions in the country to adhere to know-your-customer processes on all cryptocurrency activities.