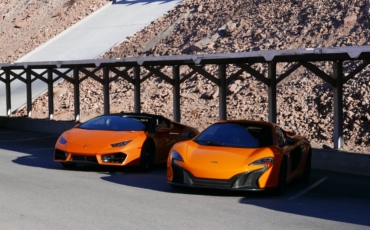 We’ve learned that the local police in the state of California has nabbed a hacker. The suspect was accused of hacking into a phone to steal digital coins. California police disclosed that they arrested him on August 17.

Details Of The Hacking

His arrest came just a month after a similar case of phone-hacking. The initial crime involved Joel Oritz, making him the first suspect of a port-out scam. Note that a port-out scam is also known under SIM-swapping or hijacking phone numbers.

Just like Narvaez, Oritz specialized in stealing people’s bitcoins (BTC). The police say that he would hack into victims’ phones and steal their digital coins. Reports say that Narvaez was arrested in California, but Oritz was picked up in Florida.

What Has Narvaez Done With The Bitcoin?

Indeed, Narvaez has stolen the coins to acquire super-cars, according to the police. Just like a boy who doesn’t settle for less, he purchased a McLaren. Yes, you guessed right, the 2018 model! That’s not all. He also bought an Audi R8.

Furthermore, the suspect made all the payments in BTC. Police investigators obtained evidence from the payment provider BitPay. The police obtained more evidence from the cryptocurrency exchange Bittrex. The court document shows that Narvaez received about 157 bitcoins (worth $1M USD) in his account. The transactions occurred between March 12th, 2018 and July 12th, 2018.

In recent times, more and more people are becoming victims of phonejacking. Unsurprisingly, the primary targets are usually crypto-asset investors. The California police department’s investigations have come upon some cool findings.

The police learned that a phone used by Oritz once logged into Narvaez’s Gmail account. Yes, that’s the evidence presented in a court of law.

According to the court documents, telecom giant AT&T was critical in the police investigation regarding the hacking. The telecom giant supplied the police with the IMEI of the cell phones used to take over the victim’s number. Also, they provided Narvaez’s call records. Narvaez connected his phone to a phone tower and SIM-swapped the victim’s phone. One of his victims lost $150,000 USD as a result, the police say.

Also, the police investigators identified three victims that Narvaez targeted. This became possible after they obtained vital information from Apple. By identifying Apple’s customers linked to their IMEI, the police identified all three targets. Narvaez gained much fame for being a SIM-swap guru in his neighborhood, despite his ultimate failure in getting caught.