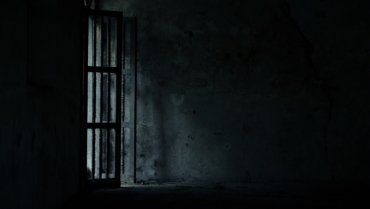 This is a continuation piece on techniques hackers employ to steal cryptocurrencies from unsuspecting investors, traders, and many others.

In our information age, there is Wi-Fi virtually everywhere you go: hotels, metro stations, airports, libraries, and other places where large groups of people gather. The good thing about some sorts of Wi-Fi is that users may not have to pay for it, making it super cool for performing every activity, including cryptocurrency trading. Make no mistake, a user may do everything they wish to on such networks, but not crypto-related activities. Even if it’s urgent and you have a temptation to use VPN, it’s still a crypto no-no. Furthermore, update your firmware regularly to guard against key substitutions.

These tools are used by hackers in attacking the cryptocurrencies of their unsuspecting victims since time immemorial. Funnily enough, they are advancing in it. Therefore, cryptocurrency wallet holders must be on their guard because this involves advanced technology and malicious software development. Though, whatever the case, you must stick to these steps to stay safe.

First and foremost, never deal with any cryptocurrency-oriented sites that don’t guarantee security through their URL protocol, HTTPS. Also, it is advisable you customize your browsers. Take, for instance, when you customize your Chrome browser, you may customize the extension known as Cryptonite to display the submenus. In addition to the precautionary measures already listed, if something appears suspicious, close the window and get rid of the letter in your inbox at once.

These scammers write identical copies of genuine letters of projects just to steal from their victims. Sometimes they succeed, at some other times, they don’t. Don’t let them prey on you.

While hackers are increasingly losing interest in attacking wallets, they are turning in hoards to mining. The reason is that more and more adaptive mechanisms are developing daily to forestall these cyber attacks on wallets. They use hidden mining to undermine mining activities. A 2018 McAfee Labs report reveals that 2.9 million samples of hidden mining virus software packages were registered worldwide, increasing by more than 625% from last year. Despite all efforts geared toward reducing the spate of digital assets theft, Carbon Black research shows that this month alone, there are approximately 12,000 trading platforms on the dark web that specialize in selling malicious attack software to hackers. In summary, the report says they have sold 34,000 software packages costing roughly $224 per. As a miner, these reports show that you have a lot on your plate!