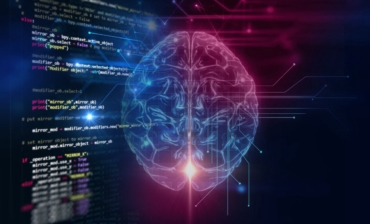 Tron has completed a TRX airdrop to the Ethereum Community,ahead of the much awaited Mainnet launch later this month. The Tron foundation has since confirmed plans to conduct a 30 million TRX airdrop as a sign of appreciation to the Ethereum community.

Tron is donating the 30 million TRX valued at about $1.7 million to accounts which have kept their profiles active since January 1st, 2018 with a balance of more than 1ETH. Such accounts will receive between 10 to 100 TRX.

Tron founder, Justin Sun, has always been critical of Ethereum network, taking a swipe at transaction speeds which he deems to be slow as well as high fees and adoption rates among other issues. For this reason, he has touted the TRON mainnet which will go online on May 31st, 2018. Sun says this will solve a good chunk of the issues.

However, Tron still has a long way to go before it is considered a direct competitor to the Ethereum platform. Ethereum remains the preferred platform for hosting a good number of blockchain projects given the robustness of the platform. That said,  it cannot rest easy given more projects are unveiling mainnets as they seek to become independent.

“We will compete face-to-face with Ethereum, and we have confidence we will build a large ecosystem; a much larger ecosystem than the Ethereum.” said Mr. Sun

Analysts in the crypto space believe Etherum will emerge as the best performing outfit in the field this year, despite the competition threat posed by the likes of Tron. The platform continues to elicit strong demand from ongoing and upcoming projects. These groups seek to launch Initial Coin Offerings using its network.

A move by Ethereum to solve a nagging issue with regards to smart contract vulnerability has also gone a long way in strengthening confidence in Etherum network. Confidence in Ethereum blockchain technology has had a positive impact on the native cryptocurrency ETH. It continues to show signs of ticking higher.

ETH has been gaining against the USD and Bitcoin (BTC). Observers remain confident it will take the $800 handle soon. It awaits to be seen if the launch of the mainnet will strengthen TRX. In recent weeks, TRX has come under selling pressure.