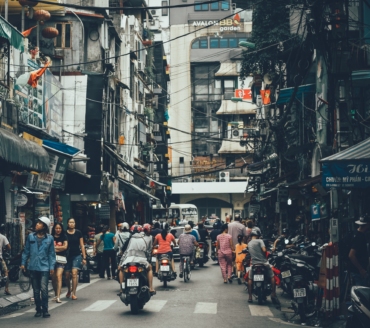 After months of consultations, Vietnam has stopped importations of crypto mining equipment. Information from the country’s largest city indicated that firms and individuals had imported more than 3,664 machines in the first half of 2018. Most of the devices are said to have lacked import tax codes. Further details revealed that most of the devices were developed by crypto giant Bitmain.

Vietnam’s Ministry of Finance proposed the ban in June when local authorities started scrutinizing the domestic crypto sector. This happened after an ICO fraud which affected most parts of the country. The ICO is said to have conned 33,000 investors of more than $660 million USD. The outcry generated by this scam lead to a probe going into effect by the country’s prime minister. Six ministries, the central bank, and the police were all tasked to investigate the matter.

During the probe, the Ministry of Finance said that it required state agencies to control the import action and use of cryptocurrency mining equipment. It’s during this time when the ministry proposed the ban on the mining equipment. Vietnam’s central bank supported the ban noting that it would help the country monitor the sector.

At the moment, digital currencies are having a hard time in Vietnam after the central bank declined to include them as non-cash payments. The only recognized non-cash payments in the country at the moment include checks, bank cards, and payment orders. In January, Vietnam passed a law forbidding the use of Bitcoin (BTC) and other cryptocurrencies as legal tender. The law indicated that any violation would lead to criminal prosecution which could attract a fine of $9,000 dollars USD.

Many countries are trying to control the cryptocurrency market. Many others are concerned by the anonymous nature of digital currencies. Despite all the regulations, the digital currency market is still growing and becoming stronger day by day. This is despite the fact that the market has lost more than half of its value since December 2017. In December the price of Bitcoin went as high as $20,000. At the moment, Bitcoin is trading around the $6,000 mark.

Vietnam seems to be following the footsteps of China which completely banned the use and trading of Bitcoin in 2017. So far, only Japan has fully legalized the trading of Bitcoin even though its done it in a regulated manner. Other countries like the United states are still debating on the state of digital currencies and their possible effects on the economy. A report from the G20 indicated that Bitcoin and other digital currencies are not a threat to the world economy.