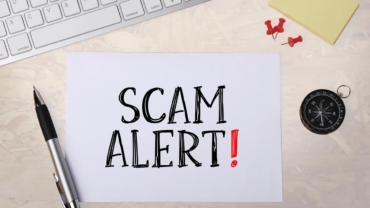 Authorities in Vietnam have lodged investigations over claims that as many as 32,000 investors might have lost $660 million in a sham Initial Coin Offering.  Ifan and Pincoin are the cryptocurrency startups, at the center of the big scandal.

It is alleged that Ifan from Singapore and Pincoin form Dubai  ran a multi-level Ponzi scheme under the control of Vietnam-based Modern Tech. Investors who had invested in the two startups ICOs staged demonstrations outside the headquarter of  Modern Tech ’s in Minh city after it became clear they may have lost their investments.

The two firm’s offerings and investment thesis bear all the hallmarks of Ponzi scheme. For instance, Ifan claims to offer risk-free investment opportunities. It also claimed to run the most advanced social network that could help celebrities and artists, better connect with fans. Its tokens were supposed to be used for downloading music and buying other exclusive merchandise.

Pincoin, on the other hand, promised profits of up to 40%, a month, through a range of bonuses In a bid to affirm its credibility, the startup claimed to be overseen by the PIN foundation.  Modern Tech had promised an 8% reward to people who brought in other investors into the network.

Suspicion about the two firms ICO first erupted when they stopped rewarding investors in fiat currency instead opting to use their native coins. In addition, it became difficult for people who had received fiat rewards to withdraw them.

Modern Tech has sought to distance itself from the standoff, reiterating that it was only a representative of the ICO offering in Vietnam. However, rumors making rounds indicate that the firm’s seven Vietnamese executives might have been the mastermind behind the sham ICO.

This is not the first time that Pincoin has found itself at crossroads with authorities and investors. The firm has been the subject of increased suspicion online. Financial Scam directory Behindmlm has already questioned its buy-in method that is characteristic of Return on Investment Ponzi.

In response to the outrage and demonstration, the office of Prime Minister has ordered for the tightening of virtual currency activities in the country.   Scams in the cryptocurrency space have gained momentum in the recent past mostly propagated through ICOs. A new study has shown that as many as 81% ICO offerings launched last year have already collapsed.