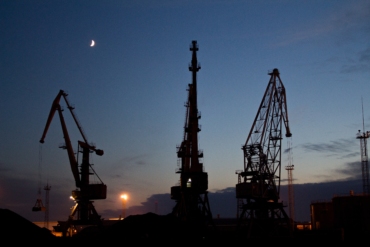 Criminals have hacked a website belonging to the Russian county government of Khabarovsk to mine digital currencies. Using the processing power of the site’s visitors, the criminals took advantage of unknowing individuals. Reported by Vyacheslav Kovalenko, county IT admin officer, he states that all website visitors since the end of May were redirected to a malicious site. Once there, it launched a mining software on unsuspecting computers.

Before the discovery, the malware was already operating for 10 days until its removal. In addition to securing the computers from the malware, county officials published a report requesting users to block pop-up windows to help avoid similar threats in the future.

The hacked website is responsible for posting information about the county administration’s work and also upcoming events. The site may have been a target because it attracts roughly 600 visitors per day. Named cryptojacking, this type of hacking is becoming very famous. Furthermore, many reported cases of cryptojacking appear to have a connection with the Monero digital currency.

Cases of illegal mining are becoming very popular in Russia. Caught in February, a number of employees from the Russian Scientific Research Institute for Experimental Physics were mining digital currencies at their workstations using the institute’s supercomputer. Additionally, two other IT managers were let go for using government computers to mine cryptocurrency and connecting the computers with mining hardware.

Transneft At Center Of Controversy

There was also another case in Russia. Employees at Transneft, the biggest oil company in Russia, were illegally mining cryptocurrencies in the workplace. A case like attributes to the idea that mining is the easiest way to get cryptocurrency without spending money. Since mining requires a lot of electricity, people may decide using company equipment since they will not pay power costs.

Such cryptojacking cases are tarnishing the growing image of the digital currency market. The market is linking to many illegal activities like money laundering and funding of illegal activities. This is leading to several platforms banning crypto-related transactions. Consequently, many governments are deciding to regulate the market. Even though  cryptocurrency market regulation may not be good for the immediate growth in the space, it may prove to be very helpful for long-term market growth.