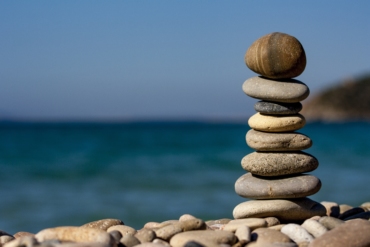 For those following the cryptocurrency market, you must have noticed that stability is the holy grail and the main reason why people are wary of digital currencies. In the past 12 months, Bitcoin (BTC) price rose from $5,000 USD to an ATH of $20,000 USD. Later, it dropped from that price to where it is now.

Today, it exchanges hands at about $7,300 USD. Later in the month, U.S. investment watchdog SEC is expected to make a decision on a Bitcoin ETF. Recall that the agency once rejected it for fears of manipulation and wild price swings.

When it is approved, the argument regarding the Bitcoin ETF is that investment in Bitcoin will become extremely easy. Accordingly, investors will finally be able to inject a huge wave of capital into the industry. Ahead of the SEC’s decision, virtual currency trading tech firm SFOX has disclosed that there are positive differences in BTC price. To the firm, it suggests that Wall Street players are gradually joining the market.

The head of business development at SFOX, Danny Kim, said that before 2018, price changes settled at 4.5%. At the time, Kim says, institutional firms were actively trading in cryptocurrencies and were heavily involved. However, SFOX says that the price difference between Bitcoin and altcoins is less than one-tenth of one percent.

The impact the short positions have on the market is that the Bitcoin price can push quickly higher. As a result of short squeezes, it is likely to skyrocket, as it has happened a few times this year. So, although potentially profitable, stability might still elude us for the time being.

Today, Wall Street giants are coming. Indeed, the notable ones are the investment bank Goldman Sachs and the financial market firm ICE. The two giants have openly shown interest in joining the cryptocurrency market. On their part, hedge funds, money mongers, and endowments have also been joining the digital asset bandwagon.

Despite institutional funds coming into the industry, the market faces a fresh challenge. In truth, investors are increasingly betting that Bitcoin’s price will drop, signaling a lack of confidence. Also, BTC short positions have been dropping. The market sentiment is that BTC price won’t cling onto the $7,300 USD mark for long.

Regardless of the negatives surrounding Bitcoin, Kim remains optimistic about the future of the asset. Kim says that more institutional funds will bring about stability. He believes that the coming of institutional investors will go beyond price spreads. Also, price fluctuations will be stabilized in the near future, Kim maintains.