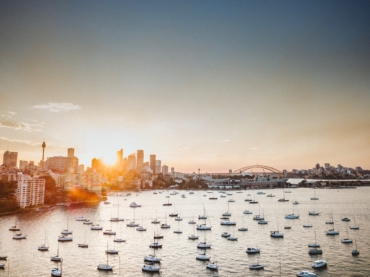 The World Bank recently announced the launch of their first blockchain-operated debt instrument, dubbing this instrument as “Bond-I,” or just “Bondi.”

Bondi serves as the first bond to be created, distributed, and managed throughout its life-cycle via what is known as a distributed ledger.

The Commonwealth Bank of Australia’s (CBA) Blockchain Centre of Excellence, located in the Sydney Innovation Lab, built and developed the Bondi blockchain platform.

On August 10th, 2018, the World Bank made an announcement that mandated the CBA as “arranger” for the bond.

This bond serves as part of a broader strategic focus to harness the potential of game-changing technologies for development by the World Bank.

The World Bank opened a Blockchain Innovation lab in June 2017. They set up the lab with the aim of understanding the impact of new financial technologies. These areas include cross-border payments and supply chain management.

Furthermore, The World Bank and its partners are totally open to new investors throughout the lifecycle of the bond.

This bond has been in the works for quite some time now. Both the World Bank and Commonwealth Bank of Australia have put in the necessary effort to ensure that the bond achieves success.

Arunma Oteh, World Bank Treasurer had this to say, “I am delighted that this pioneer bond transaction using the distributed ledger technology, Bondi, was extremely well received by investors… We were no doubt successful in moving from concept to reality because these high-quality investors understood the value of leveraging technology for innovation in capital markets.”

Consequently, the World Bank has always prided itself as a pioneer and trailblazer in the financial scene. This blockchain-operated debt instrument, Bondi, has managed to reassure both investors and enthusiasts about the usability of blockchain in conventional economics.

The bond’s success is sure to usher in a new wave of blockchain-operated technologies in previously untouched markets.

Furthermore, the World Bank issued a little over $50B USD in bonds for sustainable development annually. As a matter of fact, only a fraction of these bonds is related to blockchain technology.