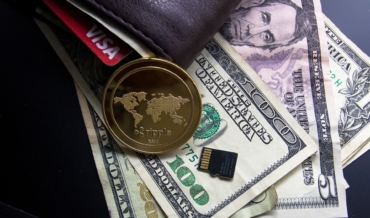 Ripple, a Fintech startup has refuted claims that XRP, its cryptocurrency, is a security under US regulations. Corey Johnson, the chief market strategist of Ripple Foundation, during an interview with CNBC, said that XRP is not a security.

Johnson said that Ripple is not a security so as to allay fears that XRP had not been included into the cryptocurrency exchange Coinbase because of its status. Many have alleged that Ripple is subject to securities regulations, which govern bonds, securities and many initial coin offering (ICO) tokens because it distributes the XRP tokens by selling the coins and buyers buy them in form of investments. If this was true, then it could attract serious legal ramifications both for the foundation as well as the cryptocurencies that are trading in it.

Both Ripple and Coinbase have been exploring the possibilities of having XRP added to the exchange. However, Johnson said that they have not discussed the topic of the status of XRP with the regulators. He said that the cryprocurency is not a security because it does not meet the standards of a security.

The statement by Johnson came after several reports from unidentified sources claimed that the foundation had attempted to buy a slot on US-based cryptocurrency exchanges Coinbase and Gemini. Securing a position on either of the exchanges would have seen the valuation and trading volume of the cryptocurrency go up.  According to sources close to the matter, an executive of Ripple had offered a cash payment of $1 million to Gemini to have XRP listed. This move came after several other attempts to have the cryptocurency listed on Winklevoss.

This is not the first time debates over the status of XRP are coming up. Such discussions have been coming up at semi-regular intervals. The current debate is as a result of comments that were made by Asiff Hirji, the President and COO of Coinbase. Hirji was quoted saying that the exchange is listing cryptocurrencies that it is sure of their status. Currently the exchange has listed four crypos and XRP is not among them. While responding to reports that the cryptocurrency attempted to bribe Coinbase, Johnson said that regulatory uncertainty is not the reason why they were not listed.