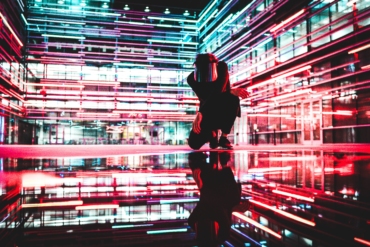 The Yakuza, Japan’s organized crime syndicate, has reportedly been using cryptocurrencies to launder money with ease. A Japanese press release revealed the Yakuza has used digital currencies to move over $270 billion out of the country.

The report, made by the Mainichi Shimbun on Monday, revealed the Yakuza has been benefiting greatly from the cryptocurrency market. This is because it has provided them with an avenue through which they can transfer their money easily. The Chinese news outlet quoted a male broker who sought anonymity due to the sensitive nature of the revelation.

The source stated he met Japanese gangs once every month and helped them launder more than $270 billion since 2016. The Yakuza has a unit called “Deposit Box” which started contacting the Chinese broker in Q1 of 2016. They asked the source to move illegal money made through drug trafficking and voice phishing.

Furthermore, the Yakuza ran the operation from a mansion which employed eight young men and women. Vital for successful transactions, these individuals make sure the money is untraceable. They achieved this using a Russian cryptocurrency exchange known as YoBit. Through the exchange, they would convert the money from Bitcoin (BTC) to other cryptocurrencies such as Dash (DASH), Zcash (ZEC) and Monero (XMR). They particularly focused on privacy related coins which are typically harder to trace compared to regular cryptocurrencies.

The team of 8 individuals, also known as the “execution team,” makes sure that the cryptocurrencies are spread out across multiple crypto exchanges to lessen risk. Doing this makes it more difficult for Japanese authorities to trace. Forbes contributor, Jake Adelstein, reported earlier this year that Japan’s Financial Services Agency (FSA) urged cryptocurrency exchanges to stop trading Zcash, Monero, Ethereum (ETH) and Dash. According to the European Union, these cryptocurrencies have been rapidly gaining popularity.

The report regarding laundering billions in cryptocurrency out of Japan highlights a major problem that has plagued the financial sector. The lack of adequate regulation allows them to facilitate illegal activities such as drug trafficking, money laundering and funding terrorism.