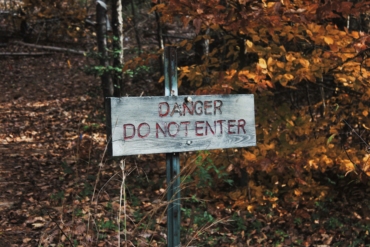 The ever-fluctuating cryptocurrency market promises, and in some cases, delivers large gains to those who invest wisely. Though, the success of the “get rich overnight” concept is making the market a hunting ground for scammers. They are looking to make big bucks through cryptocurrency scams at the expense of uniformed investors.

The BitConnect platform launched in January, 2017. The company promised big returns and allowed users to buy BitConnect Coin (BCC) in exchange for bitcoins. There was also a lending system allowing users to lend BCC and earn interest. A referral program is the common name for this system. BitConnect stopped operations in January 2018 as financial regulators cracked down on them with a cease and desist order. The class action lawsuits against the company amount to $700,000.

The Centra Tech ICO had all the publicity its founders could ask for their project. The likes of Floyd “Money” Mayweather and DJ Khaled endorsed Centra Tech. Moreover, the project got a lot of attention for supposedly enabling users to convert their cryptocurrencies into fiat currencies by using a Visa or MasterCard debit card.

The perpetrators of the scam are facing repercussions for their actions. Two of the Centra Tech founders will be spending time behind bars on charges of fraud in connection to the ICO. According to the SEC, founders of the company, Robert Farkas and Sohrab Sharma, created fake executives’ profiles and also paid for celebrity endorsements for their ICO. The two will receive bans from offering securities.

PlexCoin was offered by PlexCorps. The company was caught at the ICO stage of the project in December 2017 after being criticized for being a Ponzi scheme. The PlexCoin ICO raised more than $15M USD, while the company promised returns of over 1,300%.

The SEC stopped PlexCorps’ operations and froze the $15M raised through the ICO. Also, the company’s founder, Dominic Lacroix, will spend time in jail. The SEC got involved in the matter because PlexCoin was also a security.

These three cases highlight the need for carefully reviewing a cryptocurrency offering before investing in the project. Projects that receive millions in funding and celebrity endorsements can also turnout to be scams.