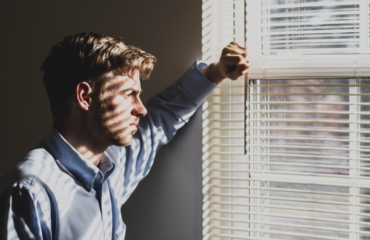 A UK center for fraud and cyber crime study shows that victims of scams lose more £10,000 on average. The agency known as Action Fraud says it received 203 cryptocurrency fraud reports in the months of June and July.

More importantly, the agency says that the total losses the victims suffered of such exit-scams surpassed £2.05 million. Exit-scams and other crimes account for governments’ stringent measures on banning virtual currencies.

Jennifer Craven, a civil fraud and asset recovery expert at Pinsent Masons, breaks down the nuts and bolts of frauds. Well, Craven pointed out that the profits that scammers usually put out lure victims into environments where cryptocurrency is unregulated.

Explaining further, she posited that scammers are capitalizing on the crypto “bubble” around the cryptoverse. With the aim of making quick profit, victims have no problem investing money and handing over their personal data.

Craven understands that anyone could fall prey on cyber-criminals. So, she has some advice for exit-scam victims. Going forward, the fraud and asset recovery expert says that speedy response could save the day. She added that if a victim was duped without knowing, it becomes more difficult to recover the money.

Furthermore, the expert said that the time difference between the two events makes it difficult to nab the absconding fraudster. Craven believes that under certain circumstances where the victim acts immediately, the possibility of recovering the stolen funds is high.

While dishing out more helpful tips, Craven says that it’s hard to recover stolen cryptocurrencies that a victim has just purchased. However, to recover such digital currencies is not impossible.

She attributed the difficulty to the decentralized nature of virtual currencies. Since there is no central authority or access control, tracking it down becomes a tough nut to crack, she added.

Also, the anonymity of virtual currency transactions makes it even harder to trace. This means the identity and account details of the fraudster are not tied to the digital currency, she says.

However, where the currency is traced to a particular public key, it can be linked to an individual. Nonetheless that can only be possible under certain circumstances, she hinted.

The expert says that the Commercial Courts in the United Kingdom and Wales have proven to be helpful in curbing cybercrimes. Take, for instance, the court may give an injunction, ordering that a suspect’s wallet be frozen, says Craven.