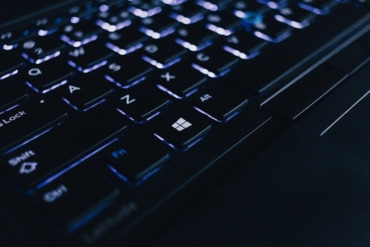 Cryptocurrency hardware wallet maker Bitfi is refuting claims making the rounds that their wallet is compromisable, tagging it “a disgrace.” This brings into the spotlight the security of the company’s “unhackable” wallet. Though, the chief executive of Bitfi, Daniel Khesin, told Cointelegraph that there was no evidence of a hacking. Therefore, the claims that their system is porous are blatant lies.

The CEO Refutes The Claims

Khesin shares, “As of now, we have no evidence that our device can be hacked and if someone succeeds in doing so then we will immediately put out a fix to all devices to address the vulnerability that was discovered and it will be unhackable once again.”

In July, Bifti collaborated with its official partner to offer its community a chance to earn as high as $100,000. The condition was that they would hack their hardware wallet. The company touts their wallets as “unhackable.” When pictures of the wallet appeared online last week, there was social media uproar following claims that the company built the world’s most sophisticated instrument.

A Smart Lad Gives It A Shot

Last Thursday, Saleem Rashid, a hacker, made claims on Twitter that he successfully hacked into Bitfi’s wallet. The fifteen-year-old is popular for ethical hacking as he successfully proved that there’s security vulnerability in hardware wallet of a similar company, Ledger, last year. Bitfi denied Rashid’s claims, saying he was making inappropriate claims. They also said that Rashid’s decision not to claim the prize money was a pointer to the fact he couldn’t break into it.

Rashid retweeted the post of cryptocurrency researcher, Alan Woodward, whom he had earlier discussed how he successfully hacked into the Bitfi system. In the tweet, Woodward expressed worry that what the computer nerd did to the wallet was not mere speculation. Woodward advised the hardware manufacturer to give the bounty prize to charity, claiming that they don’t want the money.

Despite Rashid and Woodward insisting that the former was able to hack the wallet, Bitfi continues to deny the claims. They say their competitors are unleashing an army of trolls online to make impressions that the unhackable wallet is hackable. A spokesperson of Bitfi told Hard Fork that the criticism about its wallet security was as a result of the trolls. They think hard wallet makers Ledger and Trezor are hiring them to tarnish the image of their unhackable wallet. Trezor’s boss is denying the allegation.