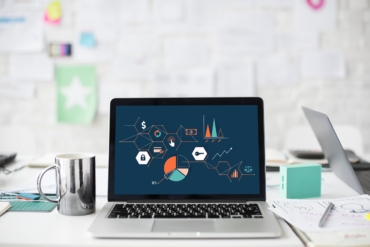 The growing battle in the crypto-world is bringing back investor smiles after several months of diminishing confidence. The battle between Cardano (ADA) and Ethereum (ETH) is a technological proposition. It is one that will see the customer satisfied with better products like we see with the example of Marlowe.

At present, there is no blockchain implementation that is 100% flawless. Each and every one of them is trying to outdo the other based on past limitations and this makes for a fair competition. Consequently, many of these have driven the platforms’ current popularity. However, things are still turning out turbulent as these have their own short-comings. Similar contracts that have moved ETH to the second largest cryptocurrency by market cap, seem to be working against it.

Cardano has taken a scientific and philosophical research model which was invented by Charles Hoskinson. Impressively, he also doubles as the Ethereum co-founder. Cardano has become one of the most promising developments in the crypto-sphere and even further, becoming a huge threat to Ethereum. Marlowe’s introduction is proof that the platform’s use-case potential is limitless. Marlowe targets the financial sector in executing financial contracts akin to Peyton Jones. The Marlowe application is a language that is domain-specific.

ETH has been losing ground, and the recent price drop was attributed to the many ICOs and projects cashing out. Also, they are looking for better platforms where they can float their startups. Such an explosive movement saw ADA benefit, which has exposed the smart contract flaws. The rising transaction costs make ADA appear as the new safe haven. Hoskinson had warned the market of all of this earlier in the year when he posted that:

“Why is anybody worthy of their positions in the market cap? Bitcoin is advertised as a payment system and a means of exchange, and then everybody who’s ever tried to use it for that, it’s been a miserable failure. They usually stop taking it, or they find ways to take cash, and through a creative structure like what Bitpay has done. Ethereum claims to be a world computer, but then CryptoKitties breaks it.”