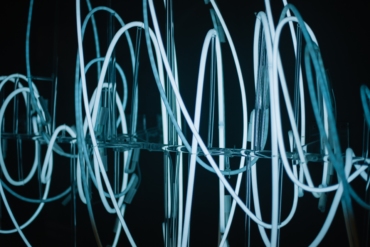 The founder of Blockspace Media, Clay Space, successfully conducted a test on an AI system. This happened by feeding it 100 copies of Initial Coin Offering (ICO) white papers. The research aimed at determining the response of the machine after some copies of well-scripted ICO technical papers were fed into it led to the system producing its own ICO white paper unaided. The blockchain technology researcher disclosed that the system built to integrate machine learning (ML) and artificial intelligence (AI) had no prior knowledge of either cryptocurrency or ICOs.

Sections of the AI Technical Paper

Just like sections of a random ICO white paper existing online, the machine’s printed paper has the following sections:

While detailing the Token Distribution chapter, the AI-scripted ICO white paper covered some of the unique qualities of cryptocurrency. Those include voting, immutability, consensus, decentralization, and governance.

In the ICO section, the machine left no doubt that it was well aware of what it was doing. The reason being that it focused on crowd-funding and how it would be run. The paper even stated categorically the exact amount the founders wish to raise. It set the market cap of $20 million and $40 trillion respectively.

Under Fund Allocation, the researchers were startled as the machine used terms fondly used across existing ICO white papers in the crypto ecosystem. In precise terms, the machine stated that 80% of the funds would apply to platform development, while 20% would support the market. It finally ended this section by allotting 35% of the funds raised to team members.

Comparison with Other Papers

Much as a crypto pundit can easily pick out the system’s failing for not being able to sum up its fund allocation percentage to 100%, it was, however, apparent that such machines could write ICO white papers. Given that the technical paper captured a bunch of crypto jargon used in many different ICO white papers today, crypto critics worry that some of the ICO white papers with flawed business models out there could be by-products of such AI systems.