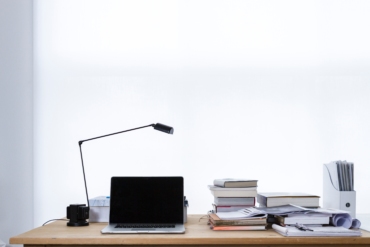 Despite growing in popularity only recently, the ICO has actually been around for a long time. The concept of ICO scams have been around just as long, with greedy players looking for fast cash and faster exits from accountability. Following a similar trajectory to some of the major scams that happened in non-equity based crowdfunding on platforms like Indiegogo and Kickstarter, the ICO, or rather the ‘Not-Legit ICO,’ has a few common characteristics. If these characteristics appear, they could help prevent the scam from happening.

Take the SEC’s recent launch of a spoof cryptocurrency website. The SEC is beginning to seriously crack down on the type of scams that have occurred. It is currently pursuing over a dozen companies for performing an exit scam. Making an attempt at public education, it recently decided to create a mouse trap to put an end to these criminal schemes.

Named “HoweyCoin,” the mock website, claims that coins are officially registered with the U.S. government, are SEC compliant, can be redeemed for merchandise, etc. The SEC’s goal was to show how easy it is to make claims without being backed up by anything. It even includes a fake whitepaper designed to look extremely legitimate at first glance. The website also says that HoweyCoins can serve as a “GUARANTEED hedge against inflation and market loss.”

ICO scams typically start with creating a name and a brand that sounds catchy and technologically relevant.  They want to make sure to name their token something that sounds really futuristic.

Next, they will find some stock photos and create some fake names. They will also make sure to create back stories for each person to make them appear as legit team members.

Finally, the scam will make very bold claims, like being SEC compliant, while compiling some nice looking graphics… and away you go!

JUST HOW MUCH HAS BEEN STOLEN?

Take the recent Techcrunch report, that highlights the $660 million dollar exit scam for Pincoin token. The token raised money from over 30,000 people and raised over $660 million total. That’s a lot of money! The company promised constant returns to investors and also a celebrity social network. Once Pincoin starting paying out rewards, the company and team disappeared completely.  The project touted everything you would expect from a complicated scam including a multi-lingual whitepaper.

From a recent article on BGR.com, a new research paper has found that of all the large ICOs that have tried to raise funds, a solid 81% were frauds, 6% failed, 5% had gone black, and 8% made it to market. (study conducted by the Satis Group)

WHAT THE SEC SAYS

The SEC is very clear about what you need to know about ICOs. They can be securities offerings, must be registered, that tokens can be called almost anything — even if touting utility, include substantial risk, and that the public needs to be adamant about asking questions before investing as they are potentially at risk, too.

The SEC is also very clear about ICO promotion. They say “market participants should use caution when promoting or touting the offer and sale of coins without first determining whether the securities laws apply to those actions … those who operate systems and platforms that effect or facilitate transactions in these products should be aware that they may be operating unregistered exchanges or broker-dealers that are in violation of the Securities Exchange Act of 1934.”

All we know at CryptoBlockWire.com is we’re going to continue to report the news in a transparent, educational way. We look forward to regulation and are firm believers in the efficacy and potential of blockchain technology.