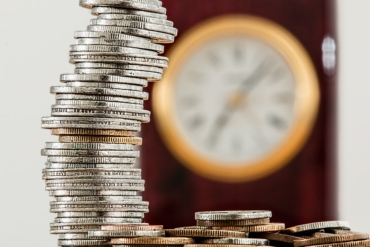 Recently, Altcoin.io was successful in raising about $1M USD via WeFunder. These funds will provide Altcoin.io with the financial spine to pursue its ambition of being the best platform globally for the exchange of digital assets in terms of security.

The Cracks in Reality Altcoin.io Hopes to Solve

As a matter of fact, security has always been a major problem when it comes to exchanging value. This happens because a large portion of digital transactions globally occurs via centralized exchanges. In light of this, hackers tirelessly target these kinds of exchanges. Additionally, more than $3B USD was lost to hackers since 2011 as centralized repositories of funds are mercilessly targeted.

Therefore, it is this structural problem that Altcoin.io strives to solve. How will this be possible? Essentially via decentralization. Leveraging on a decentralized, peer-to-peer exchange which is altogether trustless, users will be able to retain control of their tokens. Thus, this would eliminate situations where users helplessly relinquish the control of their assets to third parties. The beauty of this is that, with Altcoin.io on board, trading gains uncommon scalability, becoming near-instant. Altcoin.io will give users an amazing user experience while largely reducing cost.

CEO Andrew Gazdecki and the Dream

CEO and Co-Founder, Andrew Gazdecki revels in the sweet revolution that Altcoin.io is bringing to the crypto world. According to Gazdecki:

“The team and I are really excited about building an exchange where you can trade securely, staying in complete control of your tokens at all times. Altcoin.io combines the safety of decentralization with the speed and usability of a centralized exchange, which we believe is the next evolution of cryptocurrency trading.“

Of course, such glowing words coming from someone with the reputation of Gazdecki equips Altcoin.io with such credibility and promise. He is a legendary developer and also founder of the notorious Bizness Apps which developed more than 4% of the apps in the Google Play store. Indeed, Gazdecki is one who commands formidable respect and holds rich experience.

Similarly, Gazdecki is already replicating his characteristic excellence with his completely decentralized exchange. It has birthed some glittering inventions in the crypto arena. In the first place, Altcoin.io successfully recorded an exchange of Bitcoin (BTC) for Ethereum (ETH) deploying atomic swap technology. Before now, we have not been privy to this sort of swap.

While we were still struggling to hold our outright appluase for this unprecedented atomic exchange swap, Altcoin.io hit us further with the atomic swap wallet. This wallet will form a crucial portion of its Software Development Kit (SDK) which is yet to be released. We can only keep clapping.