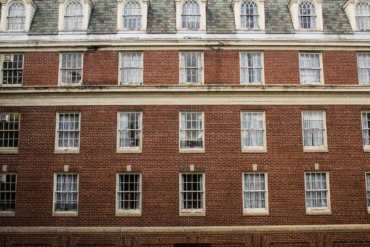 Primarily, mining Bitcoin (BTC) has become common among IT savvy people. Indeed, everyone is getting involved because it’s a shortcut to fast cash.

In fact, computer programmers, students, and many others are joining the mining party in search of the digital coin. Consequently, BTC mining has be taken to one of the places you will rarely think of. Yes, students are now mining BTC in their dormitories.

Dormitories Are The New Data Centers

Indisputably, it’s expected that mining be done at data centers. Though, students are taking it to their dorms. Last Saturday, CNBC did a report that revealed how a student is mining Bitcoin in his dormitory. In that exclusive interview, Patrick Cines, discussed how he ventured into mining.

How Is He Mining Bitcoin

In fact, in his dorm, there was a tiny box, which someone could pass for a computer of a gamer, he said. He’s mining Bitcoin with the box-like cryptocurrency mining rig, making just enough money to foot academic bills. Well, for him, cryptocurrency mining according to a crammed schedule is a side-hustle that paid off. He admitted, though, that the success didn’t come without challenges.

Also, in that interview, he narrated his mining experience. He remembered that he left the window wide open, got some dryer tubes and tied them to the front. That was just to ensure there was ventilation as the operation generated heat. Due to his commitment to mining, his efforts paid off.  The one-time student noted that mining ushered him into the blockchain world. Indeed, it is an experience that would reshape his college career.

Make no mistakes, mining Bitcoin in dormitories posses some challenges for the universities where it takes place. Consequently, Mike Banic, an executive at security firm Vectra, says that universities will incur heavy electricity bills. Banic said that in schools where on-campus mining occurs, the management is not aware. He argued that no school would allow it, given that they’d have to pay as high as $4,700 in electricity bills.

Another Cause Of Concern

Cryptojacking malware spreads easily in circumstances such as Cines’, Banic adds. The malware, which is associated with mining Bitcoin, can attack the entire school network, ruining critical files and records.

The marketing executive explained that mining software can provide the gateway for hackers to compromise the school network. Sure, it is often the case as the node is always in touch with other computers, he added.