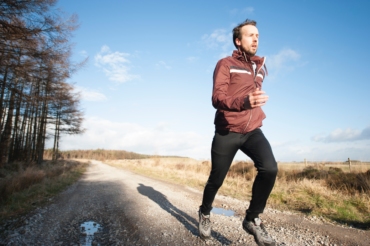 Interestingly enough, after the substantial sell-off of Bitcoin (BTC) last week, many cryptocurrency analysts anticipated its price to drop below $6,000. Well, the virtual asset stood its ground, sitting just above the price mark. While BTC maintained its stability, the same cannot be said of altcoins, such as Ethereum (ETH) and Ripple (XRP).

On major cryptocurrency exchanges today, BTC is hovering around $6,300 after dropping from $7,100 last week. This is a sharp departure from the two altcoins in question. Yes, ETH and XRP struggled to keep relatively stable prices this year after the major bull run of 2017. Looking at their percentage changes in the last 24 hours, there have been slight differences. And the past 24 hours have seen BTC add and lose 3% of its price. On the other hand, XRP have lost significantly more.

Sadly, in the past five days, the entire market has lost a whopping $43 billion from the initial MCAP of $257 billion on August 7. Regardless of an announcement that Vitalik Buterin, the founder of Ethereum made last week, the token refuses to react positively. Buterin announced that there is a plan to release a new consensus algorithm that will withstand the 99% attack. In the plan, he disclosed that the system will shut down upon detecting 51% attack. When this is done, safety would be guarantee, he added.

Impact Of The Proposed Plan

Truly, there is no doubt that this announcement is good news. So, this explains why enthusiasts anticipated that the market would react positively to it. However, that was never the case as ETH experienced further depreciation. Though, if the proposed plan is successfully implemented, it will go a long way in strengthening the ETH network. A glance at ETH current price shows that it has hit this year’s low of $302 from $1,300 of January.

Why Bitcoin (BTC) Is Stable

In truth, in the face of the widespread price fall, BTC has been relatively strong. On Saturday, the news broke that Bitcoin’s dominance rate has reached 50%. That indicator tracks the percentage of the entire market that BTC holds. In fact, BTC hit this mark despite U.S. SEC postponing the Bitcoin EFT proposal to September 30th. Many expected the announcement last week.

Unarguably, Bitcoin dominance shows that there is more demand for BTC than the altcoins like XRP and ETH. Furthermore, demand could signal the kickoff of another bull run. Elsewhere in Turkey, the demand for Bitcoin has skyrocketed. Turkey’s largest crypto exchange Koinim has reported a 63% rise in BTC trading volume.