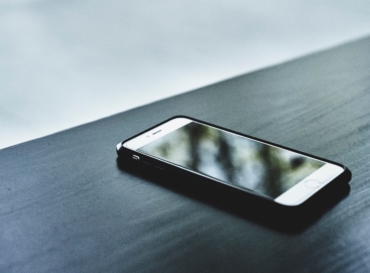 Much as cryptocurrency mining is a cool, engaging activity, you shouldn’t try it with your i-devices. Are you wondering why? Well, the reason is that US tech giant Apple has upgraded its developer guidelines, ensuring that mining of cryptocurrencies, such as Bitcoins, is banned on its devices, completely.

The cutting-edge smartphone maker upgraded the developer rule to see to restrictions come to all apps that are likely to quickly drain its device’s battery, consume its resources, and generate excess heat. Well, there is no doubt that mining is notorious for draining batteries and generating excess heat.

Which Apps Are Affected?

The new restriction didn’t exonerate third-party ads that exhibit such traits. Of all the actually affected apps by this new rule, third-party apps are receiving the brunt of it. For instance, there are many apps that claim their users can mine cryptocurrencies with power generated by their devices. The most common apps among them are Crypto Cloud Mining and Crypto Coin Miner.

The claims made by some of these crypto-mining apps will shock you. For example, Crypto Cloud Mining claims that it enables users to make fast money and earn cryptocurrencies even without additional hardware/software support, or crypto investments, making many experts wonder how possible that is.

The creation of the crypto guidelines came in 2014 after the iOS Store unlisted Coinbase and other crypto apps. This came as a result of an unnamed, unresolved issue. Apple did not, however, reveal when they carried out the update on their devices.

Mining of cryptocurrency involves carrying out a complex math task. Done by energy- zapping devices with super fast processors, successful mining of cryptocurrencies leads to a system reward, free coins. Mining requires huge computational energy to be successful. Coinmint, a virtual currency mining company, says that mining requires as much as 1,400 watts to execute. To give perspective, that’s the amount of energy equivalent to a hair dryer.

Obviously, this is not the first time Apple is taking such a major strategic decision that would have enormous impact on its gadgets. In December 2017, Apple came under heavy criticism when the innovative smartphone maker confirmed it was slowing down its older phones to avert unexpected shutdowns. The step would later earn Apple multiple lawsuits across states in the US and elsewhere in Europe. Apparently, Apple is not worrying that this new rule may attract heavy criticisms, including a class action.