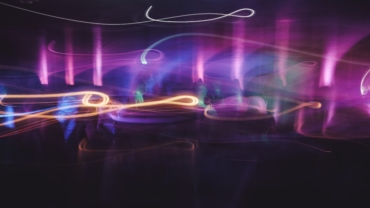 Decentralized peer-to-peer predication market Augur has made its first payments to users. In a tweet sent from its official account yesterday, Augur stated “The first markets have successfully resolved.” The payments equaled $20,000.

Augur forecasts the outcome of events and allows users to bet on outcomes. The predications are based on the “wisdom of the crowd” principle. In this system, probable outcomes are calculated by taking an average of the information provided by the people. Furthermore, users receive a reward for a correct prediction.

The platform’s development spanned about three years. Additionally, its ICO generated the funds for the project’s development. Crowdsale of the project continued from August 17th to September in 2015. On the first day alone, it managed to raise over 2,000 BTC and also 100,000 Ether. After conclusion of the ICO about three years ago, the project went through a two-year long beta phase. The platform went live in the previous week.

To place their bets, users can search existing markets for events, or create a new one. The newly active platform hasn’t settled many markets yet. So far, the most valuable event settled on the platform is the soccer world cup semifinal game between Belgium and France.

Augur smart contracts are written on Ethereum. Tweeting about their use of Ethereum, founder Joey Krug said that they were “first to start” using it. “We’ve shipped production vuln free code before on Ethereum like the original Augur sale smart contract which handled 1M ETH. We’ve been writing contracts on Ethereum since before solidity was even a language,” he added.

Reputation (REP) is Augur’s native token. The total amount of REP is fixed at 11 million. Users can earn REPs for correctly reporting on outcomes of events, and they can lose REPs if the outcome goes against them. REPs also build the user’s reputation on the platform, as the opinion of users with more REPs gets higher weightage.

Augur does not sale REP through its platform. Users can purchase the token from third party companies, such as Bittrex, Kraken, and Gatecoin. While REP is a native token, anyone can use the platform without purchasing it. The token is specifically for those users who wish to report on outcomes; others can place bets with the Ether and Ethereum sub currencies they have.