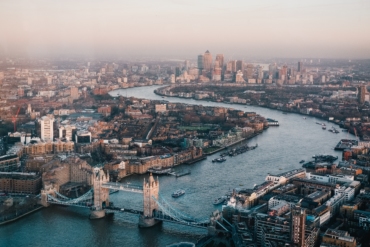 The Deputy Governor of the Bank of England wrote a warning letter to CEOs of financial institutions about the risks or cryptocurrency assets. In the letter, Sam Woods started by reminding the institutions of their obligations. He said they need to adhere to PRA rules, which include acting in a prudent manner, as well as having risk management systems, and cooperating with regulatory institutions.

Woods noted that digital assets market products are growing quickly and are proving to be very volatile. This is something which makes them vulnerable to fraud, along with use in money laundering and potential manipulation.

The deputy governor added that institutions need to be very careful when dealing with any type of crypto assets. Firms should not engage in excessive risk-taking. It is important for them to do their due diligence and maintain the right safeguards against the related risks.

Woods, however, noted the potential of the distributed ledger technology, blockchain. He says that the technology would play a vital role in improving the efficiency of the traditional financial system. Many financial institutions are researching blockchain technology with some banks already integrating the tech into their systems.

The Bank of England announced plans to build its Real Time Gross Settlement System again for it to interface with private platforms already using distributed ledger tech. This is because many businesses are looking to integrate blockchain technology into their system because of its very reliable, secure and cost-effective. With this technology, there is an elimination of middlemen. Furthermore, time in supply chain management will also see a reduction. Blockchain is actually deemed to lead the next industrial revolution because of its reliability.