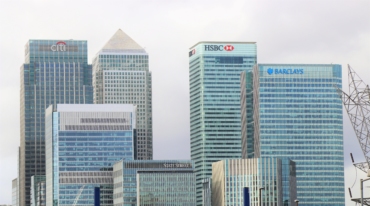 Bitcoin, the world’s largest cryptocurrency, is able to operate independently from central banks using a blockchain. This technology a kind of online database that is distributed across thousands of computers, with individual blocks being time-stamped, linked to the previous block, and encrypted so that only their specific owners can access them. Blockchain could have major implications towards the way that banks do business. Here are four ways that blockchain technology could radically reshape banking.

There are many tedious tasks in banking and accounting that require human attention. Many of these take up vast amounts of man-hours, and are also therefore subject to human error. Blockchain technology could fix that. One way is by enabling smart contracts, a transaction or action executing automatically once there is a fulfillment of a set of criteria. The code for the contract stores on the blockchain. Once an input from an authorized user happens, the contract is executed. For example, let’s say your firm spends hours a day invoicing clients after performing a service. You could instead set up a smart contract. When the service is performed, the client is immediately invoiced and is able to automatically trigger payment on their end.

The example above of a smart contract describes a way to ensure neither party reneges on their part of a contract. That’s just one of many ways blockchain technology can help stop fraud. Millions of dollars are lost by banks, stock exchanges, and money transfer services as a result of fraudulent activity yearly. One reason they’re so susceptible to fraud is that they’re build on a centralized database. This means once a crook gets in to the system, they can do all kinds of damage. The distributed ledger of a blockchain means there are far more points of failure. It’s not stored in any single place, so compromising a single computer won’t allow the whole system to give into manipulation.

Another tedious part of banking is making and accepting payments. Although, until now it’s required human oversight to prevent errors and malfeasance. One of the major advantages of cryptocurrencies is they eliminate the need for banks to act as intermediaries. This allows the money to move more quickly and to cut down on fees from middlemen. Now, banks are eyeing those same applications of the technology to reduce their own costs. Using a blockchain would make payments quicker, cheaper, and more secure, Many financial institutions are already beginning to incorporate the technology.

Syndicated loans are one of the most time-consuming parts of banking, often taking more than two weeks until settlement. Also, they are often still conducting these loans via fax, a mode of communication that is all but obsolete. It’s one of the areas of finance that’s still lagging far behind. Though, blockchain has the potential to completely overhaul the settlement  of these loans. Credit Suisse and 19 other financial institutions are working to build a system for using blockchains to speed up the loan process. The instantaneous communication will take a lot of the busywork out of syndicated loans and help funds move faster.

With the price of the digital token rising and falling by shocking amounts, Bitcoin is grabbing headlines as investors are making and losing fortunes overnight. The blockchain technology behind Bitcoin is attracting attention at a different level. This attention is not from investors looking to get rich quick, but from banks with interest in revolutionizing the way they do business. Look for the applications above (and others) to start appearing in banks soon.