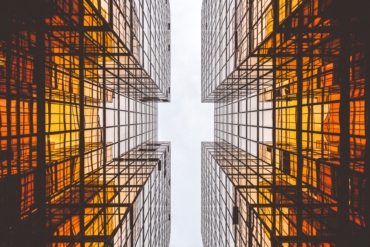 Behlendorf is the executive director of Hyperledger, and a board member of the Mozilla Foundation. Recently, he has said he expects blockchain technology to reduce the supremacy posed by the companies at Silicon Valley.

In an interview by the Swiss business newspaper Handelszeitung, Behlendorf affirmed that he sees a parallel to the dot-com boom in the late 1990’s in the current boom of blockchain technology and cryptocurrency.

‘‘It was the time when Silicon Valley founders could capitalize on any kind of business plan. Even the investment market around blockchain today is definitely overheating. The good side is that in this way a lot of capital is flowing to develop software.’’

‘‘This question is central to many services that would be possible with the blockchain. A clever construction of a user-centred identity is crucial here.” He also added, ‘‘A blockchain is always an ecosystem, with several parties involved. Especially if the project appeals to individuals, users, subscribers. Knowing who these participants are is really important.’’

The coming wave of technology “will not be shaped by Silicon Valley.” Behlendorf also says that too many high tech companies in Silicon Valley want to be the center of the world and “have a blind spot when it comes to the blockchain.”

“Tech giants such as Google, Amazon or Facebook will undoubtedly pick up blockchain and generate business models from it. However, I think that the core of Blockchain — as a decentralized technology — will diminish their market power.”

In fact, the tech giants are still holding back on blockchain. Although Microsoft is beginning to harness blockchain on its Azure platform, Amazon has only recently introduced a blockchain framework for its AWS cloud service. However, given the existing know-how and the financial strength of large corporations, these are rather cautious steps not to miss the blockchain boom completely.

Will every single business transaction be on blockchain technology in years to come?