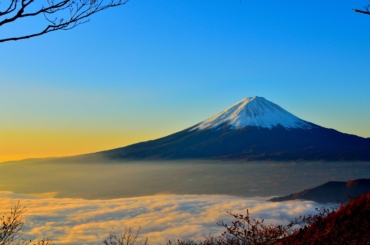 We once reported it here. It was about a two-day competition that sought the best developers in Japan. The winner had a simple task to complete. Hang on, was it really simple? This is the task: develop a working mobile app prototype.

Can you really develop such an app in mere two days? Yes, August 18th and August 19th, 2018. No extensions! The event took place at Tokyo University. As expected, many engineers showed interest, but thirty-four were selected, eventually. Basically, Yenom, Bitcoin[dot]com, and Crypto Age collaborated to organize the Hackathon event.

Details Of The Event

Obviously, the organizers didn’t want to award prizes to more than three participants. So, that was it! Of the 34 engineers, 3 were selected. They delivered the working prototype in two days. And the overall winner was Clock Wallet. Its team facilitated the inheritance of a digital token.

With the Clock Wallet, users set time-locked transactions. Accordingly, the transactions become active after the owner refuses to log in the time set. Participants came from all the nooks and crannies of Japan. Of course, that further added flavor to the event. Indeed, attendees saw creativity beyond Tokyo.

Organizers Appreciate All The Participants

Sharing the news online, Ajifumi Fujita of Yenom posted that he was delighted. Fujita also explained how all involved were able to learn something new. He expressed happiness that new ideas were birthed.

What’s more? The event saw the coming together of Japanese IT students and professional developers. Overall, there were 32 Japanese, and 2 foreign participants.

Also, the event had four judges. The most prominent one was Shigeyuki Azuchi, a blockchain book author. Other judges include Paul Bergamo and Gerald Fabrot, representatives of Bitcoin[dot]com, and Jo Miyamoto from Campfire.

Criteria For Selecting The Winner

Interestingly, there were three main criteria for selecting the 3 winners. Firstly, one must provide meaningful use of BCH. Secondly, can the judges use it in a special way? Finally, the prototype must use blockchain technology.

Well, the three winners were Shoichi Yamazaki, Shiho Takeuchi, and Takahiro Hirata. One of the winners, Shiho Takeuchi, explained the idea behind her prototype. Takeuchi stated that in today’s world it is difficult to claim the assets of a deceased person.

However, the prototype she built simplifies the procedure. The owners must always log into the account every month. Logging into the account proves that the owner is still alive. If they die, the system sends their funds to another account. That way, there won’t be any bottlenecks of verification. Something that is an issue in the world today, she explained.