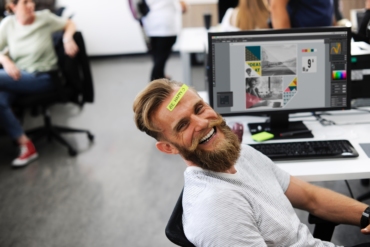 Binance is a blockchain ecosystem comprising of an exchange, labs, academy, info, and a blockchain charity foundation. As such, they are perfectly suited to host a highly rewarding Dexathon.

Binance began operations in China, but was forced to move its servers and headquarters out of the country due to strict governmental bans on cryptocurrency related activities.

This was a decentralized exchange coding competition set up by Binance. The competition was an all-hands-on-deck competition. It made use of a lucrative combination of rich experiences at Binance and the engagement of the brightest minds in the cryptocurrency world, in order to reinvent blockchain technology.

Binance officially launched its Dexathon on March 16th, 2018. Shortly after the announcement, Binance received decentralized exchange prototypes from blockchain specialists and enthusiasts from around the world.

Throughout the intervening days, Binance encouraged academic participation by offering university development teams a sponsorship grant of $10,000 USD regardless of their Dexathon performance.

The Goal of Binance’s Dexathon

The objective of this Dexathon was to solicit prototypes for a decentralized cryptocurrency exchange, one that focuses on capacity and speed.

Dexathon organizers gave the participants a list of requirements based on “core” issues affecting the functionality of decentralized exchange solutions.

Consequently, Binance set out a substantial prize pool for participants of their Dexathon. The prize pool is an equivalent to $1,000,000 USD to be paid in Binance Coin (BNB). Winners also get the opportunity to join the Binance team.

Binance recently made an announcement, declaring a total of nine teams as winners. Of the nine teams, five operate out of universities.

Binance recently announced the development of Binance Chain. This chain is the blockchain with the task of powering the Binance DEX. Furthermore, this chain will focus on performance, liquidity, and ease-of-use, building a framework for future decentralized cryptocurrency exchanges.

Binance has proven itself to be a global player and trendsetter in the cryptocurrency world. Launched in 2017, Binance has managed to come a long way in such a short time span.

The future looks bright for Binance, and their decision to have a Dexathon has paid off so far.