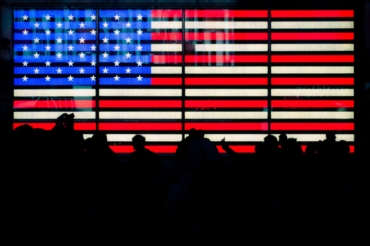 Ripple (XRP) is organizing its tech conference and former US President Bill Clinton is to speak at the event according to a company blog post on July 31st. Gene Sperling will moderate a Q&A section. He is a former Director of the National Economic Council serving under Presidents Obama and Clinton.

In the blog post, the platform noted that former President Clinton helped to usher in an era that saw the revolution of the Internet technology. It went on to say that the revolution culminated in the birthing of Ripple (XRP). The platform also stated that former President Clinton helped to take technologies to the remotest parts of the world. By doing so, helped bridge the gap between those with privilege and those without around the world.

The post likened the present day challenges bedeviling the blockchain technology to those the Internet was facing in its early stages. Additionally, it added that the best way of tackling the setbacks is by introducing enabling regulations. If this happens, they could strike a balance between mitigating risk and allowing for innovation.

Relationship Between Cryptocurrencies And Politics

On the relationship between cryptos and politics, the platform opined that calls for more regulations of cryptocurrency-related activities by industry watchdogs is sort of strengthening the existing ties between the two. The platform says that crypto-focused companies are leaning more into US politics. It also cited an instance of how Coinbase, the biggest crypto exchange in the US by trade volume, formed its political action committee (PAC), which allows a committee to get cryptocurrency donations for its campaigns.

Ripple (XRP)’s annual Swell Conference will start on October 1st in San Francisco. The program entitled a Conversation with Bill Clinton doesn’t seem to going over well with the Ripple community. Many of them didn’t seem to agree with the relationship between the former US president and cryptocurrency. Consequently, they turned the blog post into a mere photoshop battle.