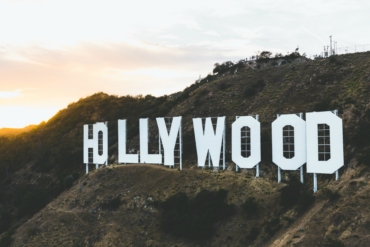 The day was July 29th. The event was the “If Only” Texas Hold’em Poker Tournament taking place in Los Angeles. It was the first of its kind as the City of Hope, diabetes and cancer research and treatment center, aims to use the event to boost awareness about the activities of the center. To add glamour to the occasion, the center invited America’s most popular celebrity family, the Kardashians! In attendance were Khole Kardashian, Kendall Jenner, Kim Kardashian West, and Kris Jenner. Yes, they were all there.

The “Attendees Keep Up With” The Kardashians At The Venue

The event gave attendees the rare opportunity to see, in reality, the sweethearts from TV’s, Keeping Up With The Kardashians. The program showcases the events that play out in the family’s everyday lives. Although the attendees had the opportunity to keep up with the stunningly gorgeous celebrity family members at the venue, the show didn’t air live on TV. The family promised to release that episode at a later date.

Tech entrepreneur and educator Matthew Roszak gave Kim Kardashian West ONE Bitcoin at the event. In excitement, she shared the news with her 114 million Instagram followers, saying that she is now moving on to Bitcoin. Additionally, Roszak presented the gift to Kim through physical form, which may give a wrong impression that cryptocurrency comes in physical form.

What This Means For Cryptocurrency

For Kim Kardashian West to release the post could signal an outright endorsement of cryptocurrency. This could potentially make her impressionable fans start seeking how to acquire bitcoins to stay trendy. When the episode of that day’s event airs, it could potentially signal the acceptance of Bitcoin by the millions of global audience. The Kardashians are not the first American celebrity family to hold an association with cryptocurrencies. Her old pal, Paris Hilton, endorsed LydianCoin before it ran into a scandal. Despite cryptocurrency making inroads through music, this is yet another opportunity to propel it towards mainstream stardom.

One fan on Reddit responded, saying that this was one of the confirmations needed to reassure him that he made a smart decision by investing in cryptocurrency. Kanye West, Kim’s husband, nonetheless remains silent despite promoting Bitcoin earlier this year.