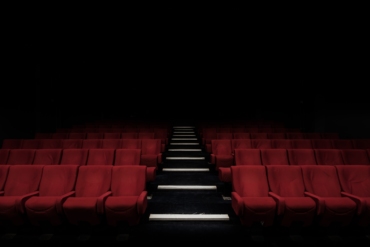 Major Cineplex, the biggest movie theater chain in Thailand, is developing a crypto payment system. The platform is being developed in collaboration with Swiss Payment Company called Rapidzpay.

The company has currently listed 143 theaters in Thailand with 43 of them being in Bangkok. Additionally, Major Cineplex also owns 678 screens with a plan of increasing the number to 1,000 before 2020. The group has Thailand’s largest theater called Paragon Cineplex which has 16 screens and 5000 seats. Furthermore, it has an IMAX theater.

Major Cineplex Has Partnered With Rapidzpay

The new partnership will enable clients to use the Rapidz point-of-sale system to accept digital currencies while still accepting fiat currencies. According to reports from The Nation, a multimedia company, “Major and Rapidzpay will integrate cryptocurrency payments into established payment gateways to make payment for Major products and services more seamless, secure and efficient.”

Rapidzpay is currently supporting only Bitcoin (BTC), Litecoin (LTC), and Bitcoin Cash (BCH). This means that these will be then only options at the moment for Major Cineplex clients. According to Chanya Tamronweenichai, the Marketing director at Major Cineplex, “Rapidzpay will expand to our other businesses and lead the change for Thailand’s financial ecosystem to be cashless. You’ll be able to buy any services and products from us, such as movie tickets, popcorn and other different products with cryptocurrency.”

Regulation Of The Crypto Market In Thailand

Thailand recently effected its regulations into the crypto market. According to the regulations, only seven digital currencies will be allowed to trade in the country. This is despite the fact that there are more than 1000 digital currencies in the world. The seven cryptocurrencies included: Bitcoin, Ethereum (ETH), Bitcoin Cash, Litecoin, Ripple (XRP), and Stellar (XLM). The Thailand SEC noted that it was very open to approving crypto exchanges provided they follow set rules and regulations.

Rapidzpay is targeting more than one million active crypto traders in Thailand within its first year. The company noted that it’s also looking for new crypto enthusiasts who want to join the growing sector. Rapidzpay is offering a very simple and convenient way to convert cryptocurrency to fiat and vice versa.

Despite the unpredictability nature of the cryptocurrency market, many institutional investors are showing interest in the market. Companies are already accepting Bitcoin as an option of payment. Other companies working towards implementing the same just like Major Cineplex.