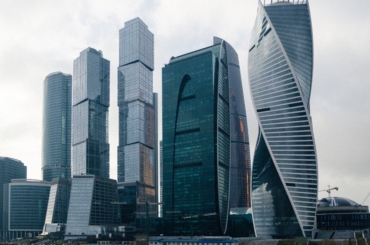 Reports indicate Bitcoin (BTC) could receive a significant boost from the 2018 World Cup event in Russia this summer. According to the reports, numerous Russian hotels plan to accept the flagship cryptocurrency as a means of payment. About 500,000 tourists are expected as the event with most of them hailing from Europe and Latin America.

Across the 11 World Cup match venues, hotels and other business establishments, Bitcoin payment adoption began 2 months ago. For the World Cup goers, the advantage the digital currency offers is convenience. They will not have to exchange their home fiat currency into Russian rubles. Since Bitcoin is universal and decentralized, sanctions cannot affect it. Furthermore, this is important as American sanctions could create payment difficulties for event visitors.

The United States’ sanctions have seen some bank customers in Russia blocked from using MasterCard and Visa credit card services. Though the two firms have found a workaround, there has been much friction revolving around digital payments in Russia. In 2017,  Fintech, Russia’s new financial technology, center blocked both MasterCard and Visa as the country developed a local payment system known as Mir.

One of the Russian hotel chains accepting Bitcoin payment for their services is Malina. According to a hotel executive, the decision to accept Bitcoin, as well as other virtual currencies, comes as a quest to meet the needs of customers in an efficient manner. To make digital currency payments a reality, Malina partnered with Free-Kassa, an electronics payment service which offers users a digital currency wallet supporting various coins including Ethereum (ETH) and Litecoin (LTC).