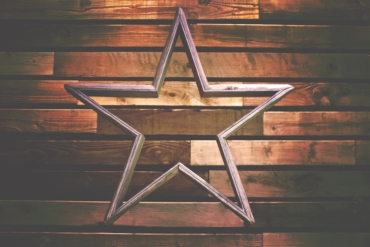 Bitcoin (BTC) mining hardware giant Bitmain has concluded all the necessary arrangements to develop a blockchain mining facility and data center valued at $500 million. The facility’s location will be Milam County, Texas. This is just one of the measures Bitmain is taking to expand its BTC mining capacity.

In an August 6th press release, Bitmain stated that the data center will replace the former Alcoa smelter in Rockdale. The company, whose current value is $12 billion, estimates that the construction and equipping of the center will be complete towards the end of 2018. Also, the initiation will kick off in the first quarter of 2019.

In July, Bitmain posted the vacancies for a Data Center Site Manager and a Project Manager on Indeed.com. The August 6th press release also confirmed the rumors in the media that the BTC mining company was undergoing expansion as the Dallas Daily reported its July 19th edition. When they resume, the new staffers will be working from the soon-to-be-completed Rockdale data center. This is happening at a time when the company is reportedly looking at launching an overseas IPO (Initial Public Offering) in a U.S. dominated market.

The press release says Bitmain hopes to invest $500 million into the economy over a period of seven years. With that amount releasing to the statewide economy, about 400 local jobs could be available in the first two years. The company noted that the center will be fully operational in two years, stressing that the new intakes will receive training to demonstrate competence in blockchain technology workings.

Bitcoin (BTC) mining requires a lot of computational energy and also consumes a lot of electricity. As a result, BTC mining companies are essentially targeting North America as friendly locations for their mining activities.

For instance, in June, mining company Coinmint released a statement. It said that the company intends to convert its smokestack facility into a BTC mining facility. The former smokestack facility located in New York is expected to enhance the company’s mining operations. Similarly, in Canada, mining firm Hut 8 launched its second mining rig in July. This launch automatically made Hut 8 the largest in the world at the time.

Significance Of The Center

Apart from being a plus to the U.S. economy, the Bitmain project will encourage foreign direct investors into the U.S. They should consist of companies that plan to expand in crypto-friendly climates. Milam County, the location of the data center, has had its glory days as the home to the country’s most mining activities.