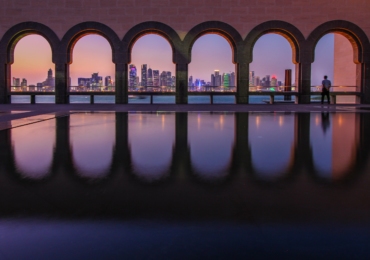 The Iranian national currency, Rial, has crashed against the US dollar following President Trump’s threats to impose sanctions. By trading at 100,000 Rial on the black market, the currency has reached a new record low just as Iranians expressed hopes that the national currency was beginning to pick up from last year’s fall. With news of imposition of sanctions dominating the local media, many Iranians now believe their dwindling economy may crumble.

In 2015, the Iranian government signed a peace deal with the US and its allies. The deal suspended its uranium enrichment program that could have probably seen the country develop weapons of mass destruction. Though, the US, under former president Barack Obama intervened. They got the Iranian Government to suspend the program under a peace deal. The main condition of the deal was that the US lift all sanctions earlier imposed on Iran’s foreign currency transactions. The deal was considered one of the biggest achievements of the Obama administration.

Just like the popular saying that when two elephants fight, the grass will feel the heat the most, ordinary Iranian people are beginning to bear the brunt. Now, they are turning to Bitcoin and other decentralized asset classes as the way out of the quagmire. Since Washington DC announced the sanctions on Tehran in May 2018, Bitcoin trading in the country is experiencing a surge. The local media estimates Iranians have spent about $2.5 billion for the purchase of Bitcoin from foreign countries.

One Iranian, speaking on the condition of anonymity, said that she has been acquiring Bitcoin and Ethereum with her salary every month as a way of cushioning the effect of the imminent economic calamity. She said that the price of Bitcoin keeps going up in the underground market. Further, shes notes that after buying 1 BTC for $10,000 last month, the same dealer she bought it from now says the virtual currency has hit $20,000.

To forestall possible economic disaster, the Iranian Government banned cryptocurrency in April. Afterwards, they still went on to launch its own national cryptocurrency. Nonetheless, the US believes that the Iranian Government’s efforts to dodge its sanctions will fail as the sanctions are targeted at Iranian people and organizations, not just its assets. We earlier reported that hotels in Iran accept now bitcoins some weeks back.