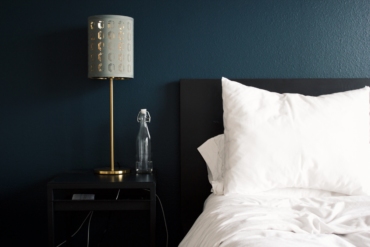 If you are listening to the news, you would be learning that US President Donald Trump is threatening to pull the United States out of their 2015 nuclear deal and restore lifted sanctions on Iran. Signed by former President Obama’s administration with other US allies, the deal ensured that Iran suspends its nuclear activities. While this was happening, the US would lift all sanctions crippling Iran’s economy. Well, this threat is making Iranian businesses make a U-turn on certain no-go areas, including hotels accepting cryptocurrencies for reservations.

Visitors Can Pay In Cryptocurrencies

The co-founder and president of Hong Kong Bitcoin Association (HKBA), Leonhard Weese, revealed this week of how a friend visiting Iran had the option of paying in cryptocurrency if he wishes. The virtual currencies accepted by the hotels are mainly Ethereum, Bitcoin, and Bitcoin Cash.

Weese quoted the hotel through his Twitter handle that even though payment in cryptocurrency might sound a bit strange, the severe sanctions on the Iran banking system is compelling the management of the luxury hotel to accept payments in virtual currencies.

Which Hotel Is Accepting Cryptocurrency In Iran?

HotelsinIran.com actually is. This is a site that serves as a focal point for hotel reservations in Iraq. Weese confirmed that was the hotel he was making reference to noting that cryptocurrency adoption will intensify in that region. The Bitcoin bull is nonetheless optimistic that the world will see a global adoption of Bitcoin in regions with poor infrastructure. He adds that people in such places are exclusions from the global financial sector.

Weese also posited that Bitcoin may not receive adoption in regions where using it requires credit or debit card ownership.

Local media reports say that the government of Iran is considering the possibility of adopting cryptocurrency to evade US sanctions. They also want to help in processing cross-border payments. The head of Iranian Parliamentary Commission of Economic Affairs, Mohammad Reza, disclosed recently during an interview that the Central Bank of Iran is developing a national cryptocurrency blueprint, which will help the country to “bypass” the use of US dollars in carrying out cross-border payments. Reza also says that they will remove the SWIFT system with the aid of Russian authorities. He was hopeful that the deal will eventually happen, saying that the Russian government shares their sentiments.