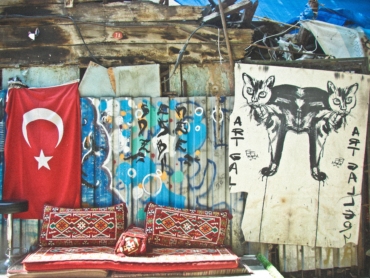 As the rest of the world is complaining about Bitcoin (BTC) price’s bearish movement, it’s an entirely different story in Turkey when comparing it to the lira. Though, bullish whales have never had this bad of a year as the crypto-asset class has been, “crawling.” Week in, week out, the market keeps losing money as the virtual token prices dip.

Although all eyes were on the US SEC to approve the Bitcoin exchange-traded fund (ETF), the agency dashed investors’ hopes. Well, it’s no longer news that the commission postponed the decision on the new trading feature to September 30th. In Turkey though, it’s different narrative all together.

On Monday, BTC reached its uninterrupted 7-month high against the lira (TRY), the national currency of Turkey. Well, this is happening in the wake of a U.S. decision to impose sanctions on Turkey. Turkey is keeping an American pastor, Andrew Brunson, under house arrest after being behind bars for 600 days. Pastor Brunson is standing trial for alleged espionage and terrorism charges.

The pastor allegedly aided the Kurdish insurgents and Fethullah Gϋlen network, a group suspected for attempting a coup against Turkish government. However, the U.S. government has consistently called for his release, tagging his continued detention a “disgrace.” Much as the Turkish authorities have placed him under house arrest, the U.S. government insists on his release.

Apparently, Washington sustained the call for his release because the U.S. says there is no evidence against the pastor. To make the matter worse, the U.S. government threatened Ankara with economic sanctions should they continue to detain Pastor Brunson. They carried out their threat last Friday.

Impact On The Lira

Obviously, the sanction is already leaving an economic shock-wave on the fiat currency as it dropped to an all-time low. Consequently, lira dropped to 7.20 TRY against the U.S. dollar Monday. Last week, the national currency dropped to 27%. Looking at its year-to-date performance, the lira has shed by 80%. Furthermore, these falls are expected to get worse in the coming days.

Salvaging The Situation With Bitcoin (BTC)

Now, the Turkish government is weighing the option of turning to BTC to blunt U.S. sanctions. Well, the Eurasian country is considering that option despite BTC witnessing its own disaster. Consequently, the price of BTC surged to 47,192 TRY Monday, making it the highest since January 21st this year.