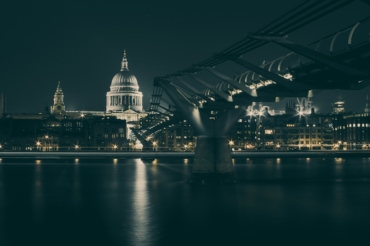 A new report emanating from U.S. seat of power Washington D.C. shows that some political leaders have stashes of cryptocurrencies. This report has it that Congressmen have varying amounts of Bitcoin (BTC), Bitcoin Cash (BCH) and Ethereum (ETH). Indeed, these revelations are coming at a time when the U.S. is dealing with the influence of external state actors on its elections using virtual currencies.

Who In Washington Has What?

According to his financial disclosure, the Chair of the House Committee on the Judiciary, Robert William Goodlatte, at one point or another was owner of between $17,000 and $80,000 worth of cryptocurrency. Congressmen are mandated to file their cryptocurrency annual report in May ahead of House Ethics Committee’s new rules that will require house members to disclose their ownership of cryptocurrencies in every annual report. This new legislation is similar to an existing one that requires members to declare their other assets, the report says. Also, the new rules mandate lawmakers to disclose every crypto-related transaction performed on their wallets. This must happen within 45 days of performing such transactions.

Media reports say that Goodlatte’s son, Bobby Goodlatte, is an investor in crypto exchange Coinbase. Though, the details of his crypto-investments remain private. Congressman Goodlatte doubles as a member of Congressional Blockchain Caucus, a group another Washington Congressman, Jared Polis, cofounded. Estimates say Polis is worth around $122 million, making him one of the richest Democrats.

What Does This Mean For The US Crypto Community?

Well, the crypto community in the U.S. and elsewhere may presume that a senior citizen being a hodler would mean that the U.S. would start regulating cryptocurrency soon. Recently, some lawmakers have made calls for tightening digital currency regulations while the pro-Bitcoin Washington Congressmen express dissenting opinions. In a country where about 26% of the world’s total volume of Bitcoin (BTC) transactions are done (according to CryptoCompare), the U.S. is still struggling to define cryptocurrencies.

US Regulators Have Divergent Views

The Securities and Exchange Commission (SEC) does not define BTC as a security. Another Washington watchdog, the Commodity Futures Trading Commission (CFTC), says BTC is a commodity. According to the  Internal Revenue Service (IRS), BTC is not actually a currency and also issues guidelines on BTC taxation. These different definitions suggest that the United States must get her house in order in regards to defining cryptocurrencies. While the U.S. cryptocurrency community awaits proper definition, BTC hodlers will be hoping that Capitol Hill regulations become clearer in the coming days to ease crypto-based business and personal use of digital currencies.