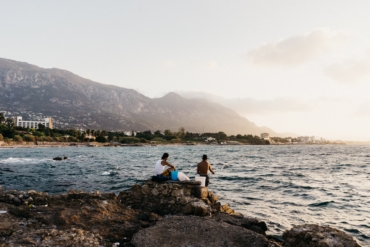 In a recent interview, Ver disclosed that a BCH user from Cyprus told him that by November 2018, there will be more than 4,000 merchants using BCH in the country. The user says they understand that BCH is the real Bitcoin, and not BTC. Speaking further, Ver said the supporter told him he finds BCH super fascinating because its network is fast. The user added that the transactions are cheap and the currency doesn’t experience the problems that BTC usually does.

Explaining it a little further, Ver said that having over 4,000 merchants use BCH in Cyprus means that over 70% of the merchants in the European country accept BCH. When asked if the merchants would be accepting Bitcoin Core for payments, Ver was emphatic in his “NO” response. He noted that it is no longer as valuable as it was previously.

Ver says that Bitcoin Core is not readily available for payments. Additionally, he shares that its Lightning Network is not remotely ready to accept business applications. Criticizing BTC further, Ver said that the cryptocurrency is not close to the one Satoshi Nakamoto described in the white paper disrupting the current global services industry.

In 2018, a new BCH community came into being in Cyprus to help the local developers, users, and investors. They required help in addressing all issues that may stem from using the cryptocurrency in the country.

Ver decided to take a few questions from the viewers and answer them. Well, the first question he answered was from a commenter that expressed worry over digital currencies being very volatile and not fit to play the role of fiat currencies. Ver admitted that volatility is a big challenge that developers have had to grapple with. He nonetheless argued that people may decide to overlook crypto volatility to enjoy the other benefits of using them, which, he believes, are more desirable than the volatility.