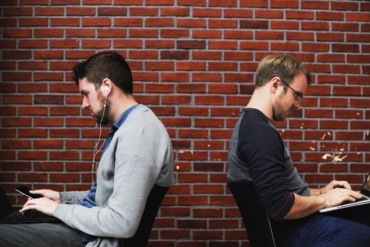 The idea of pre-consensus has sparked an online debate between Bitcoin Cash (BCH) developers and members of the community. This heated debate, which was reported by news.bitcoin.com, has had users of BCH nailing their colors to the mast. Many users believe that consensus could be a potential enabler of increased block time speed, zero-confirmation transactions, and other consensus-related factors. Since then, there has been continuous discussion on the subject.

Pre-consensus Debate Is Getting Interesting

Now, some Bitcoin Cash community members with mining power strongly support the notion of faster block times. Noticeably on this side is Viabtc’s Haipo Yang, who is active in the debate. On the opposing side is Coingeek’s Calvin Ayre, who doesn’t seem to shy away from admitting to the fact that he has an issue with the idea of “risky protocol change.”

Bitcoin ABC lead developer, Amaury Séchet, suggested the idea of pre-consensus to the community as a way of making block times a lot faster, curbing sound zero-confirmation, and improving other consensus algorithmic changes. But the idea got an immediate rejection by Craig Wright, chief scientist of Nchain. He says that the concept is a “horrible idea.” Apart from Wright’s post, other members of the community have commented, unanimously rejecting the idea.

Though, Yang doesn’t seem to have given up just yet. This week, he dropped another post, highlighting the benefits of the consensus mechanism in question. Via his Twitter handle, Yang said that it decreases its block time from 10 minutes to 1 minute. He concluded by saying that he doesn’t foresee any technical problem emanating from its implementation, but that it will improve user experience.

Once again, Wright reacted to the pre-consensus comment, stating that it will effectively kill BCH because it is a Poisson system. Stressing his argument further, Wright said that it would reduce the median size and stop the system scaling. He argued by saying that the new idea adds nothing to the network.

Another commentator with mining power, Ayre weighed in on the matter. He said that his pool is most likely to go along with risky change. With the following mining pool hastrate detail: 17.8% of the network/last 7 days, he has become behemoth among the participants in the debate. Coingeek would later say Ayre had taken a stand on the issue, urging the BCH community not to accept the risky protocol change concept. He also added that the idea was a short-term one. We shall continue to report the pre-consensus debate as it unfolds.