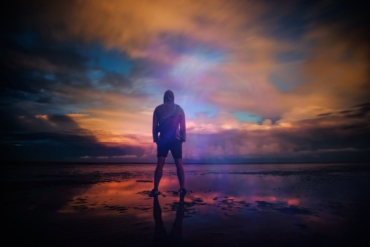 It started as a mere discussion attracting so much attention. Over time, the idea of the BCH pre-consensus would snowball to a full-blown argument with members nailing their colors to the mast. Well, the heated debate finally took a bizarre twist as you will learn when you continue reading.

Details Of The Blow-up

Amaury Séchet, Bitcoin Cash (BCH) lead creator, was expelled from the virtual currency’s Slack community. Crazy enough, it was over an argument about reducing transaction times by employing the “pre-consensus” algorithm. A well-known promoter of BCH, Roger Ver, broke the news on social media platform Reddit. The news is causing tension, attracting over ,800 plus comments.

Meet The “Benevolent Dictator” Of BCH

Séchet, known as the “Benevolent Dictator” has been with BCH since the very beginning of the project. For being in the loop, he ensured that certain fundamental changes came into effect on the platform, making it the BCH many users enjoy today. The notable change he single-handedly introduced and implemented was Emergency Problem Adjustment solution.

His Role In The Community

Many sources say that he was very vocal about his decision that the platform should consider adopting the consensus mechanism. This, he argued, would act as an organized settlement with various block miners to inherently slow down the speed of orphaned blocks. Other members of the BCH community were not happy with that argument. Leading the team of those against the idea was Craig Wright. He argued that nobody is irreplaceable in an August 9th tweet, after Séchet’s dismissal.

While the heat was on, the conversation worsened to the point that other members of the Slack channel say that Séchet exhibited what they considered “bad behavior.” When the question of Séchet’s whereabouts came about on Reddit, Joel Dalais, BCH Strategist, answered the question, saying that his banning was for causing “disturbance” in the community.

Some members who apparently weren’t cool with his dissenting views had a good laugh about his Slack ejection. Additionally, many of the commentators say that they enjoy their forum’s quietness.

But Whatever Happened To Freedom Of Speech?

On the other hand, Séchet treatment raised the question of if the BCH community is actually free (decentralized). These members, who feel strongly about everyone being free to express themselves, went on Twitter to show their resentment about the treatment Séchet got from the community he helped to build.