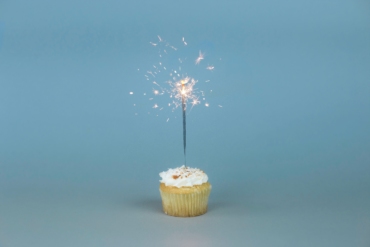 Exactly one year ago, Bitcoin Cash (BCH) was birthed. It has been an interesting 12-month journey for the fork that culminated in BCH.  The existence of BCH has sparked the debate between Bitcoin and Bitcoin Cash, which borders on their merits and the impact they have made on the cryptocurrency industry. As this is the birthday of BCH, it is critical we take you down memory lane of how is was brought into the crypto-sphere.

In the original Bitcoin white paper, Satoshi Nakamoto detailed the technicalities of the p-2-p electronic cash system that would be developed to enable people to transact without third party interference or a central authority.

With a PoW (Proof of Work) consensus algorithm and transactions validated by miners, the network would enable each block to hold 1MB of data before they are added to the larger ecosystem. However, there was no provision for scaling – something that has created a major problem in the blockchain industry today. To put it into perspective, it means that the network would grow as more nodes are being validated, causing a rise in transaction fee.

To tackle the expansion leading to the high fee challenge, a soft fork known as Segregated Witness (SegWit) was developed. The idea was to increase the block size from 1MB to 2MB. When it was fully implemented, the community asked for a hard fork. The hard fork was known as Bitcoin Cash (BCH). This happened on August 1st, 2017.

There was a need to increase its block size even further, given that SegWit could not go beyond 2MB. Later, a group of miners planned an algorithm that could rise to 8MB and improve the capacity of the network.  A Chinese mining hardware manufacturer, Bitmain, was the first to suggest the BCH in 2017. Originally known as Bitcoin ABC, Amaury Séchet made the announcement that the hard fork would be called Bitcoin Cash (BCH).

Looking at the two today, Bitcoin Cash ranks #4 with an M-CAP of over $13 billion while Bitcoin holds the entire cryptocurrency industry value of up to 47%, making it by far the biggest in the industry. BCH has also expanded into 19 different services, such as BitPay, Viabtc, Coingate, etc. Furthermore, BCH has been involved in numerous projects, including Joystream, Openbazaar, and many others. And the block size of BCH has been extended to 32MB as we reported. People around the world continue to use them for many different reasons. Regardless of the reason for which they are used, crypto history will always be an interesting read.