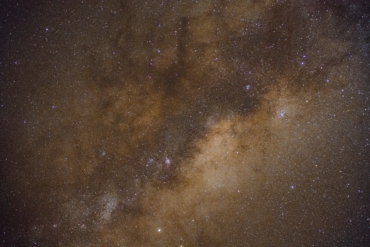 Understandably, we are in that part of the year when many companies will go announcing their (reverse) ICOs. So, if you see them dropping a hint, just know that the season is upon us. Roger Ver, the chief executive officer of Bitcoin.com, has jumped on the ICO bandwagon. Again, this is the season; more companies are likely to launch theirs in the coming days. So, if you are a crypto-asset investor, you should get ready.

Bitcoin.com Is Tokenizing Its Platform

In a video that surfaced online Saturday, August 11th, Ver hinted that the publication may be launching an ICO. Well, this comes while unveiling a tool which enables developers to mint tokens on the Bitcoin Cash (BCH) blockchain. The video also featured a top developer at Bitcoin.com, Corbin Fraser, in it.

What Is The Video About?

Indeed, the video is all about what the platform has in store for the BCH community. Shedding light on it, Ver explained that the advent of Wormhole Cash algorithm will open a new vista for users. Noteworthy is that the algorithm allows for the minting of BCH tokens. So, the team is optimistic that a lot can still be done with the protocol. In his contribution, Frasier disclosed that ICO and CryptoKitties will launch on BCH in the near future.

When Frasier talked about ICO and CryptoKitties coming to BCH, Ver responded instantly, saying that Bitcoin.com won’t be left out. He stated that the team has been giving the idea of tokenizing the publication some consideration. Well, Ver specifically mentioned that they are considering the game part of the platform for tokenization. Although he appears undecided yet, Ver hinted that there are wide spectrums of options that are open for consideration. He said that they can issue tokens and pay dividends. Alternatively, the money realized can be used to buy back the tokens on the open market, he posited.

Bitmain And Bitcoin.com Will Launch An IPO

Interestingly, the launch of the new algorithm comes when virtual currency mining hardware giant Bitmain is collaborating with Bitcoin.com. The collaboration forms a major proponent base of BCH. So, there is a plan underway to launch IPO for the project in the U.S. dollar dominated market. Bitmain had earlier released a statement to that effect, saying that it hopes to diversify to Artificial Intelligence.

Unarguably, BCH remains one of the most important cryptocurrencies in the market. At the time of writing, BCH trades at $484 with a market cap of $8.38 billion. Although the market has been steadily declining for a couple weeks now, Ver insists that BCH is better than Bitcoin (BTC).