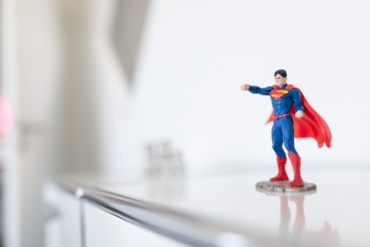 The global BCH community woke up to a development that a Bitcoin Core (BTCc) developer uncovered a bug in Bitcoin cash (BCH). The bug, considered “critical,” was later fixed. According to information made available to us, the bug was capable of ruining the blockchain.

The Bug Had Potential To Split The Chain

BTCC developer Corey Fields explains the impact the bug would have had on the network in his August 10th blog post. He said he anonymously spotted and reported the bug known as SIGHASH_BUG. Explaining further, Fields disclosed that SIGHASH_BUG had the capacity to split the BCH chain into two. He posited that when that happens, and there are not enough campaigns to align the two distinct groups on one side of the fork, the two factions may never be able to agree.

Like every company with a vision, BCH has a mission to kick Bitcoin (BTC) out of the market, rendering it useless. While that may appear as mission impossible, the team behind BCH is steadily working hard to make that happen. Imagine BCH appearance in the global cryptocurrency community had the bug tore the blockchain apart. Indeed, it is a good thing Fields saw the bug and began helping the Bitcoin ABC team to nip it in the bud. Otherwise, the flaw would have crushed BCH’s vision.

Fields, a member of the Digital Currency Initiative at MIT Media Lab, took to social media to announce the predicament. He said that he was not under any obligation to do so. Additionally, Fields said he was guided by the Golden Rule, expressing the hope that if a developer discovers a bug in Bitcoin Core, they would do exactly what he has done by securely reporting it to the appropriate channel.

The development was first reported by Bitcoin ABC team after the “critical mining vulnerability” had been corrected. The team admitted that the flaw in its consensus algorithm was reported by an “unknown person.” Bitcoin ABC later disclosed that the reporter was Field. The blog post says that they thanked the unknown tipster for the “professional report.”

How It All Started

In April 2018, Fields was going through Bitcoin ABC change-logs for kinks that could be relevant to Bitcoin Core implementation. In the quest to discover a possible bug fixes, the opposite happened as he discovered a bug called SIGHASH_BUG. He was moved to report it for two reasons. First, to save his name in case a hacker discovers it afterward and launches an attack. Secondly, to save the billions of dollars already invested in the project.