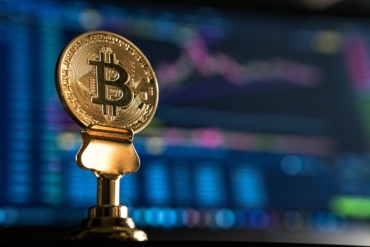 The reason you’ve heard of Bitcoin, Litecoin, and other cryptocurrencies is probably because of their shocking gains in value. In turn, these moves have made formerly small-time investors massive fortunes. The headlines crypto has grabbed for its potential, as a speculative investment, have distracted away from the underlying currencies’ technology, as well as the reality of how they’re already being used across the globe. Here are five surprising uses people have found for Bitcoin and other blockchain currencies.

Investors who are concerned about their money going to the wrong people have found a boon in Bitcoin, as it makes it easier for them to verify that their donation isn’t being misappropriated. Fidelity Charitable reported that it received $69 million in cryptocurrency donations in 2017. Many people are using the newfound largesse from their Bitcoin bets to give back. Another organization, DonorsChoose.com, donated $29 million worth of Ripple to thousands of teachers.

Publishers and advertisers have a contentious relationship, as many advertisers feel ripped off when they pay for ads that don’t generate a return. Additionally, publishers are finding frustration with cheapskates on the marketing side. Ad blockers have also wreaked havoc on digital publishing and marketing. Bitcoin could offer a solution. A startup called SolidOpinion is using its own blockchain-hosted digital currency called the Engagement Token, which creators, audience members, and publishers can exchange. SolidOpinion will also use the blockchain to give better data on audience engagement. This will help refine the process of sorting out exactly how much an ad is worth.

Idealistic people are hoping that cryptocurrency technology can help eliminate inefficiencies that damage the environment, like electricity waste. Brooklyn Microgrid has gotten the ball rolling by allowing people who own solar panels to sell their electricity via an app, reducing the amount of wasted electricity, and extending solar energy to people who otherwise wouldn’t have access. It’s also a further incentive for people to invest in solar energy.

Cryptocurrencies appeal to people in financial sectors that are vulnerable to hacking or deleterious government intervention. Gambling fits both categories. Furthermore, buying crypto is something of a bet itself. It’s no surprise its proponents are using it to place them. Cryptocup, a betting pool on the Etherium blockchain, lets people place bets without any kind of central bank. Also, they can be assured that they’ll get their winnings because of the encrypted smart contracts allowed by Bitcoin.

While students are often short on cash, they do get an infusion of money in the form of excess financial aid. 21% of students were investing their extra aid in crypto as of a study conducted in March of 2018. Many young people are interested in cryptocurrencies, but few have enough cash on hand, so this represents their best opportunity to get involved. YRest assured, when this generation gets into the workforce, they’ll start putting more money into cryptocurrency.

Bitcoin isn’t going anywhere. Even as the price continues to rise and fall, people have found so many uses for cryptocurrencies that it seems unlikely it will leave headlines anytime soon.